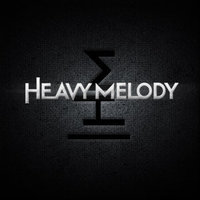 he music fans have been enjoying in Need For SpeedTM: Hot Pursuit on the Wii is composed by Heavy Melody Music. Their powerful electronic score only enhances the action as players plot their escape with the cops close on their tail or alternatively give chase to criminals as members of the Seacrest County police force.

While the Heavy Melody Music team created all of the original music featured in the Wii Version of Hot Pursuit, their music appears alongside a host of licensed tracks from popular commercial artist.

Heavy Melody Music is just as excited as series fans out there, commenting, “”The Need For SpeedTM series has been met with incredible success for many years. Being fans ourselves, having the opportunity to compose original themes for a new title in the series was really exciting for us. We’re looking forward to playing the game!”

Check out some of Heavy Melody Music’s themes from the game at: www.heavymelodymusic.com