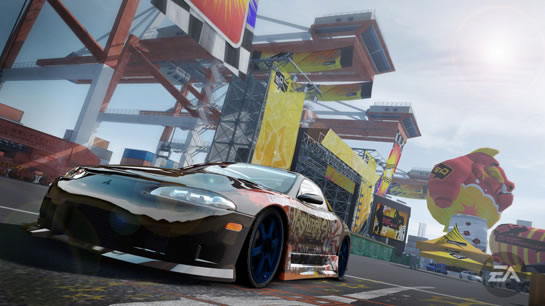 EA announced the latest game in the Need for Speed franchise, Need for Speed: ProStreet, for every system out there including the Wii and DS.  No Wii/DS specific screenshots were included, but the image above gives you an idea of what to expect.  Here’s a snippet of the press release:

“Need for Speed ProStreet accelerates street racing culture by providing the ultimate stage for the pursuit of street racing supremacy,” said Executive Producer, Larry LaPierre. “This is a game about building the ultimate performance-tuned battle machine, taking it to multi-disciplinary showdowns all over the world and pitting your skills and reputation against the very best street racers.”

Look for Need for Speed: ProStreet to launch in November of this year.