In an unprecedented move, Australia and New Zealand will be among the first in the world to behold the newest line of Nintendo’s handhelds.

The New 3DS and New 3DS XL systems, which are releasing first in Japan on October 11, will hit Australian retailers just over one month later, on November 21. This sudden news is very welcome for the region, especially considering neither US nor European release dates have been mentioned, outside of a vague “2015” date.

The news was delivered to fans via another first from Nintendo, a Nintendo Direct Australia, which you can check out above. The video runs for about 15 minutes, and will be of interest to fans across the globe as it is Nintendo’s first English presentation concerning the new devices.

In the Direct, Tom Enoki, Managing Director of Nintendo Australia, introduces the New line of 3DS, including a run-down of the new controls, and a look at the colorful cover plates – it should be noted that the cover are plates are for the New 3DS only, not the New 3DS XL. Games like Monster Hunter 4 and Super Smash Bros. 3DS are also highlighted in the video, along with Xenoblade Chronicles, which is confirmed for Australian release in 2015. 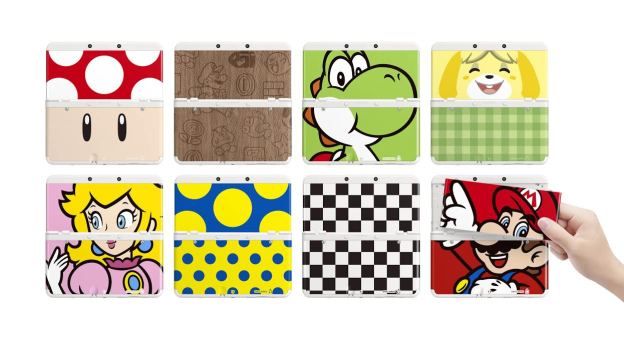 Check out the Direct video above or more details on the Nintendo Australia website. How do you feel about this news? Is Australia truly the lucky country? Let us know all your thoughts below!