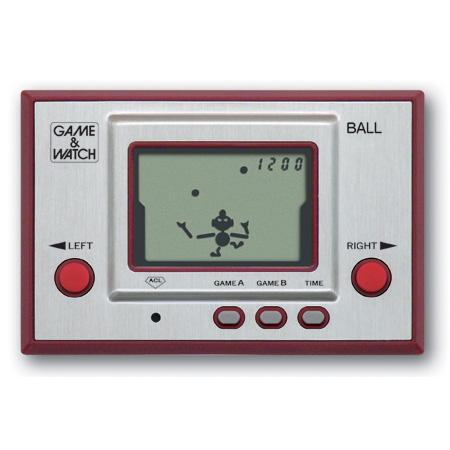 The Game & Watch: Ball replica is modeled after the original version first launched by Nintendo in 1980. The game itself offers classic portable gaming fun, challenging players to toss and catch a series of balls without allowing them to drop. Club Nintendo members can get their hands on this unique item by redeeming1,200 Coins.

The Nintendo DS carrying pouch is made from a soft, suede-like material and is available in red or blue, each with a reversible gray interior. The pouch also has an adjustable drawstring, a Club Nintendo logo on the gray side and one of several different retro-styled 2D Mario™ character patches on the colored side. Pouches will be available to Club Nintendo members for 250 Coins each.

Club Nintendo awards Coins to consumers who register and answer surveys about Nintendo products. Coins can then be redeemed for exclusive Nintendo merchandise. For more information about how to join Club Nintendo and earn rewards, visit http://club.nintendo.com.