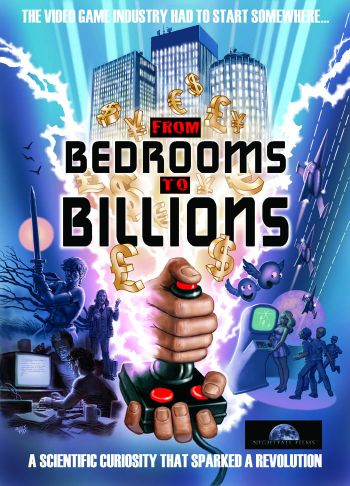 NEW DOCUMENTARY MOVIE ABOUT THE BIRTH OF THE VIDEO GAMES INDUSTRY ANNOUNCED! – Trailer 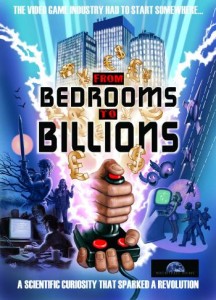 Filmmakers Anthony Caulfield & Nicola Caulfield have announced they have begun production on a documentary feature film titled ‘From Bedrooms to Billions’ which looks at the early pioneering years of the video game industry. The film, which is slated to have an Autumn 2011 release is the first to attempt to bring this fascinating story together and will feature interviews with virtually every main player in video game development, publishing and journalism over the last 40 years. Producer, Anthony Caulfield said “From Bedrooms to Billions will tell the remarkable and true story of how the creativity and vision of only a small number of individuals from around the world pioneered in shaping the video games industry, which today is a billion dollar business. What’s so fascinating is how what was originally nothing more than a scientific curiosity snowballed into the industry we have today. As we started putting this film together we uncovered so many incredible stories, these people had to literally make up an industry as they went, some were very successful, but others were not so, however collectively we felt it a strong story that’s long overdue and should make a wonderful movie”.
As well as traditional film distribution methods, Nightfall Films have stated that due to the movie’s subject matter they would like the film to have an on-line premiere and are discussing teaming up with a website to make this happen.