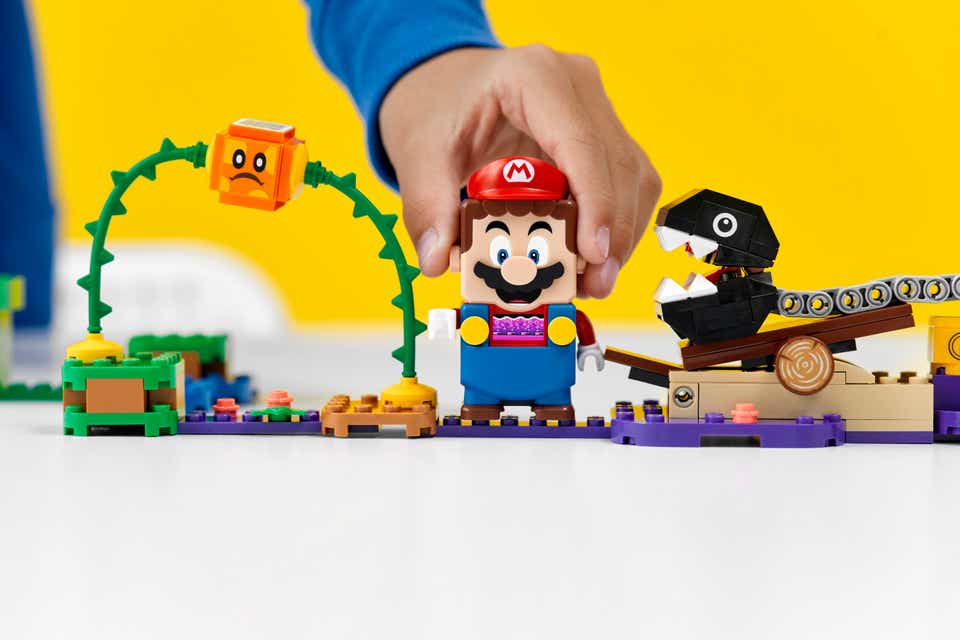 LEGO and Nintendo combined forces earlier this year to create something pretty special with the LEGO Super Mario sets. These interactive toys brought together two of the most beloved creations, allowing us to build and customize our own Mario experience. And that world is set to expand in 2021.

The LEGO Group is bringing a brand new range of sets and characters to fans, opening up even more new adventures. Among the new sets is the Master Your Adventure Maker Set – a creative toolbox that enables complete customization of building, play time and ways to earn coins. Using the included Customization Machine, you’ll be able to add variety by changing how LEGO Mario reacts to three Special Bricks. The Maker Set also introduces a new special Start Pipe that will shuffle the known rules of the level play, challenging players to reach the Goal Pole in less time. The Maker Set comes with 366 pieces.

Here’s the full list of new sets and prices:

There are also a bunch of new character packs to collect, all featuring an action tag that LEGO Mario can read for fans to easily integrate into the level play. Series 2 features ten brand new collectible, buildable characters. Kept a surprise until opened, fans could be getting a Huckit Crab, Spiny Cheep Cheep, Ninji, Foo, Parachute Goomba, Fly Guy, Poison Mushroom, Para-Beetle, Thwimp or a Bone Goomba. Check out the new sets in action below.

These new sets mean LEGO Mario can slide on his belly as Penguin Mario or spin round as Tanooki Mario. And if you were missing enemies like Wiggler or Koopa Paratroopa in the series 1 sets, you’ll be playing with these guys in no time too.

The new sets and character packs will launch on January 1st, 2021 around the world. Are you excited about the idea of new Mario sets to build and play with? Let us know your favorite set in the comments section.