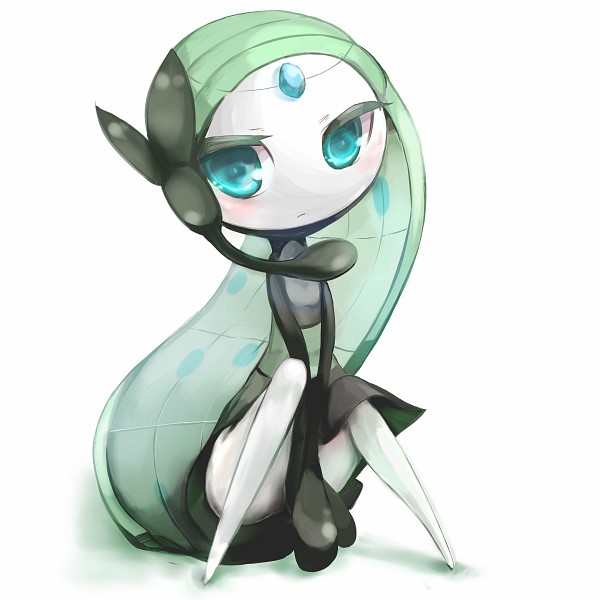 BELLEVUE, WA—Feb. 4, 2013—Starting March 4, a special Meloetta character distribution event begins at participating GameStop retail stores nationwide. Pokémon fans will be able to add the much-anticipated Mythical Pokémon Meloetta to their Pokédex in Pokémon Black 2, Pokémon White 2, and the original Pokémon Black and Pokémon White games. Making its video game debut, Meloetta is a rare and powerful Pokémon with a musical flair—and a very special Ability in battle. For players new to the world of Pokémon, it is a great opportunity to enter the Unova Region of Pokémon Black 2 and Pokémon White 2 with a strong, uniquely gifted Pokémon right out of the gate.

Striking a chord between its two distinct Formes, Meloetta hits all the right notes in battle. Meloetta fights as a Normal- and Psychic-type Pokémon in its Aria Forme. Though Aria Forme is powerful in its own right, Meloetta can change mid-battle to its Pirouette Forme, taking on new strengths and weaknesses as it becomes a Normal- and Fighting-type Pokémon. Meloetta is the first Pokémon able to change its Forme and type during battle using a specific move, and its Pirouette Forme is the only Pokémon with a Normal- and Fighting-type combination.

This Mythical Melody Pokémon distribution event is only available for a limited time, so players will need to visit GameStop beginning March 4 for a chance to pick up Meloetta.

Later this month, fans can expect more information from The Pokémon Company International on this one-of-a-kind Pokémon, including its move-set and how it changes Formes in battle.

To receive Aria Forme Meloetta during the GameStop distribution time period, fans will need the following: