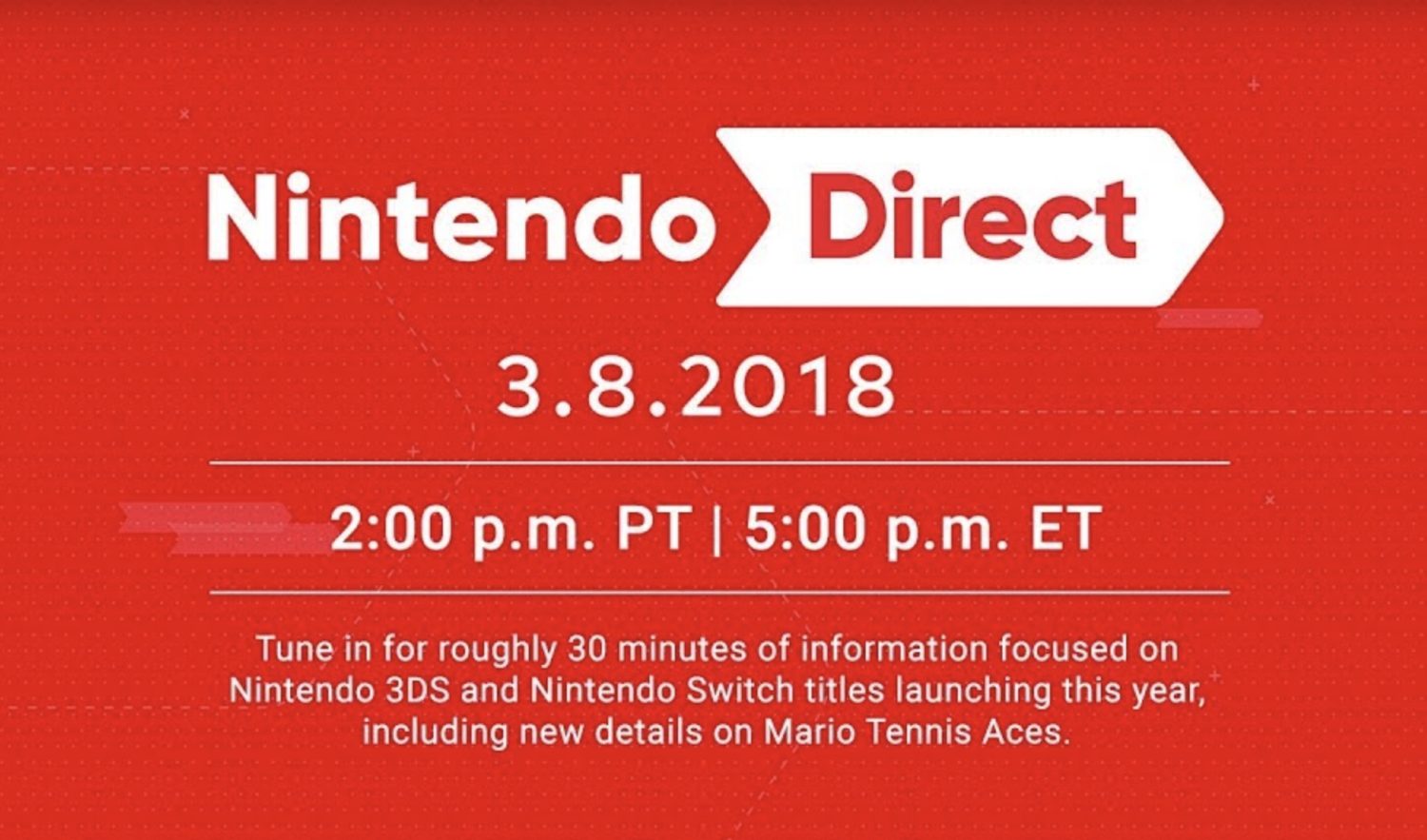 Nintendo has announced a new Nintendo Direct that will air tomorrow, March 8. Here are the details on the Direct from Nintendo:

“Tune in on March 8 at 2:00 p.m PT/5:00 p.m. ET for roughly 30 minutes of information focused on Nintendo 3DS and Nintendo Switch titles launching this year, including new details on Mario Tennis Aces.”

The note from Nintendo mentions Mario Tennis Aces specifically so I think we will see a lot more of it and probably a release date. January’s Nintendo Direct, where Mario Tennis Aces was announced, had a placeholder date of “Spring 2018”.

You can watch the Nintendo Direct live here: https://www.nintendo.com/nintendo-direct/03-08-2018/.