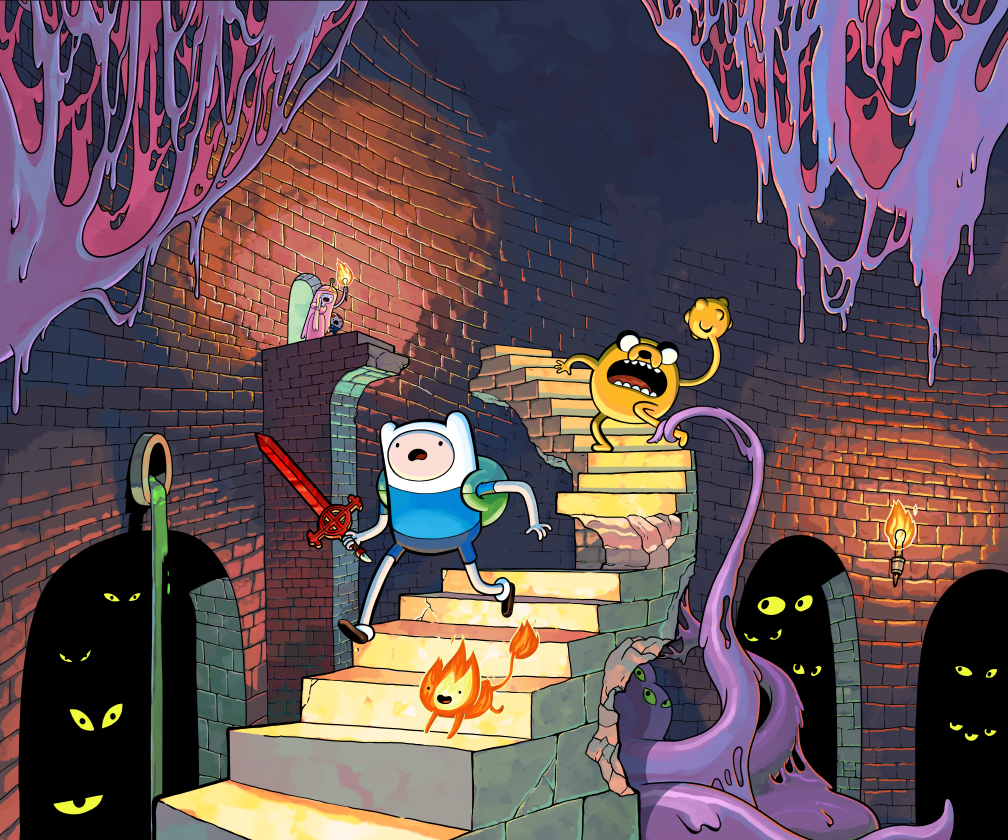 Hey Pure Nintendo fans! What time is it?…ADVENTURE TIME!!! D3 Studios is coming out with a new Adventure Time game entitled “Adventure Time: EXPLORE THE DUNGEON CAUSE…I DON’T KNOW!”. The game acts as a dungeon-crawler/beat em up. You take control of Finn the Human, Jake the Dog and other Adventure Time characters as you explore the mysterious dungeon that has appeared in the Candy Kingdom.

Each character has their own special abilities ranging from attack patterns to special attacks. During PAX 2013, I had the chance to play Adventure Time ETDC…IDK and had a blast with it! Players can jump in and out of any current match as you and four other friends can tackle the multiple challenges that lay within this never ending dungeon! Adventure Time ETDC…IDK will be released for both Wii U and 3DS. Take a look at the gallery bellow and when the game releases, do as the song says “Adventure Time! Come on and grab your friends!”