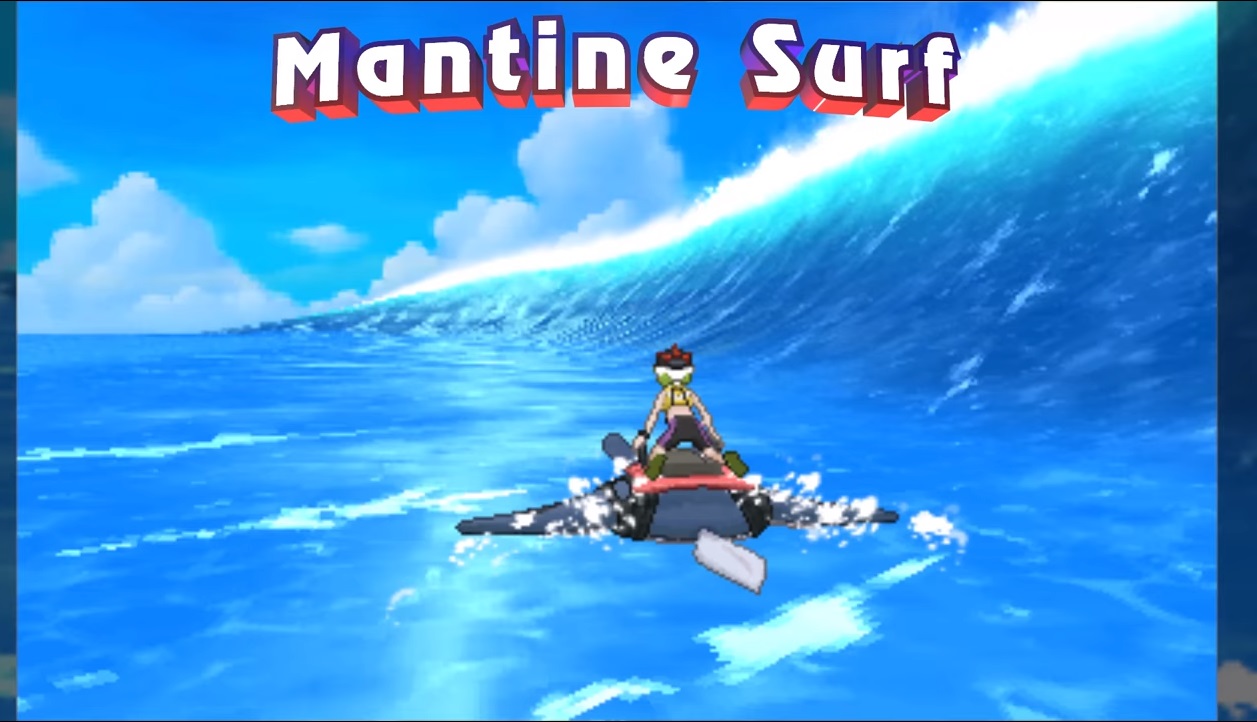 In typical Pokemon fashion, the good folks at the Pokemon Company have released a new teaser trailer to get fans excited for their return trip to the Alola region. While the Alola photo club had already been revealed as a part of Ultra Sun and Moon, a new feature was shown in the video, involving the Pokemon Mantine.

It seems that players now have the option to call upon Mantine as a ride Pokemon to get from one island to the other, and along the way you’re able to surf the waves of Alola in a mini-game similar to the surfing Pikachu game found in Pokemon Yellow. There looks to be a variety of different moves you can pull off which can net you points.

Along with Mantine, over 400 Pokemon will be available for you to catch on Alola, meaning we may finally see the national dex in this version of the game. With all of these new features being revealed, are you getting excited for Ultra Sun and Moon? Will you be picking the game up at all? Tell us what you think in the comments!