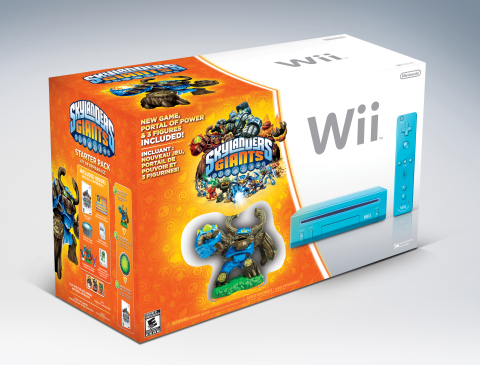 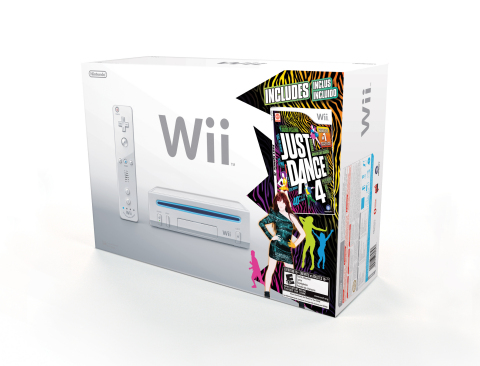 “These bundles give consumers a way to enjoy some of the hottest new games for this generation’s most popular console at an attractive price,” said Steve Singer, Nintendo of America’s vice president of Licensing. “Together with our third-party publishing partners, we’re delivering maximum value for families who want to get the most for their home entertainment dollar.”

The Just Dance franchise has sold more than 13 million on the Wii console alone, making it the top third-party Wii franchise of all time and one of the top-selling franchises of this entire console generation. The new Just Dance 4 adds new features, game modes, songs and dance moves. Dancers can rock out to more than 40 tracks across a wide range of musical genres, including pop, hip-hop, rock, country, funk and more. Each song can be played by up to four players, and the new Battle mode lets players challenge their friends in six rounds of dance-offs.

The Skylanders combination of gaming and physical toys took the world by storm in 2011. The new Skylanders Giants game introduces Giant Skylanders characters with powers to match. When the action figures are placed on the Portal of Power, they come to life in the game. Players must unleash their strength in the battle to save Skylands.

Remember that Wii features parental controls that let adults manage the content their children can access. For more information about this and other features, visit http://www.nintendo.com/wii.