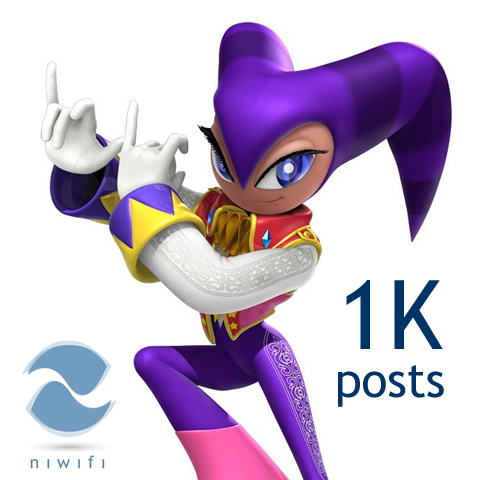 Today is a day of celebration here at niwifi.net! We are celebrating our 1K Post!!! It’s hard to believe we’ve gone through that much news in the past 6 months! And to celebrate this monumental occasion, we have some new NiGHTS information for you to devour. Bon appetit!

GI: Is that something we’ll see fleshed out more at your Gamers’ Day and E3 (classic franchises)?

Steinberg: Some of them. You know, the NiGHTS announcement, and we’re bringing NiGHTS back on the Wii. Hopefully you’ll see some of that, if not at the pre-E3 event, certainly at E3. There are a host of other games that are in development we haven’t announced that you should be quite excited about if you’re memory serves you on some of the epic properties of our past.

Thanks so much to everyone who continues to support niwifi.net! We are looking to do some expansion throughout the summer, so look for some of that to happen in the next couple weeks. Thanks again from all of us here at niwifi.net! You guys/gals are the best!