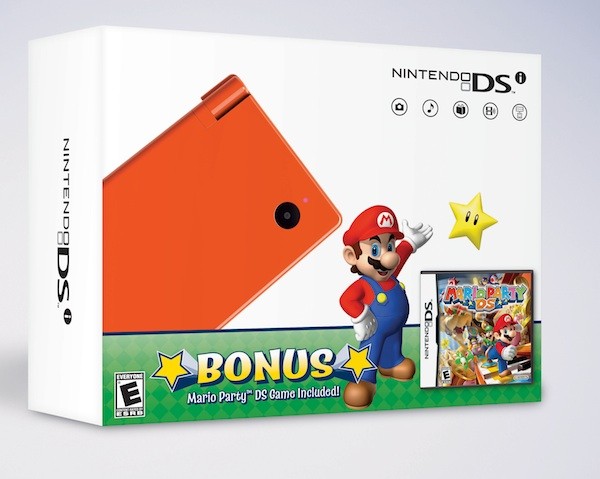 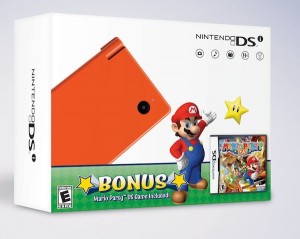 Nintendo is giving Black Friday a splash of color with two new bundles for its hot-selling Nintendo DSi™ system. For the first time, shoppers can choose an orange or green system, which will be bundled with theMario Party™ DS game. The new colors go on sale on Nov. 26 and will be available while supplies last at a suggested retail price of $149.99.

These new colors join Nintendo’s other great value bundles for the holidays that are being released in honor of the 25th anniversary of the Super Mario Bros.™ game on the NES™. These include the limited-edition red Nintendo DSi XL™ bundle, which features a red Nintendo DSi XL system with three iconic Super Mario Bros.-themed graphics, the Mario Kart™ DS game, and preloaded software titles including Brain Age™ Express: Arts & Letters, Brain Age Express: Math and Photo Clock at a suggested retail price of $179.99. In addition to those preloaded titles, each Nintendo DSi system comes preloaded withFlipnote Studio™, which lets users create, upload and share their own fun animations.

Through the end of October, Nintendo has sold more than 43 million systems in the Nintendo DS™ family in the United States alone, according to the independent NPD Group.