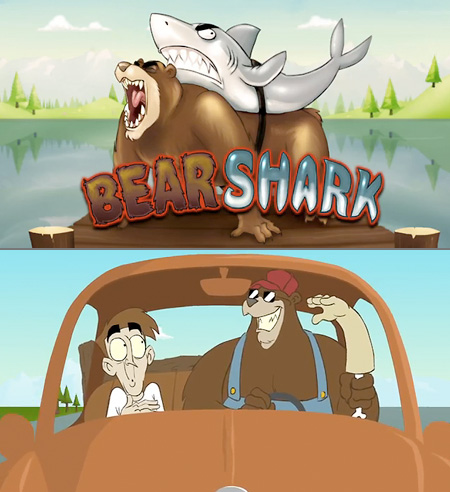 No place is safe from BearShark. Not water. Not land. And now BearShark is even invading the third dimension. Starting Feb. 8, Nintendo is partnering with CollegeHumor.com to bring an original 3D animated program to Nintendo Video for the Nintendo 3DS system. BearShark is an animated series that follows a bear and shark tag-team as they cause hilarious mayhem over land and sea in their continued pursuit of a poor sap named Steve.

Nintendo Video brings a wide variety of short-form comedy, animation, music and Hollywood programming to Nintendo 3DS. On a regular basis, new videos are automatically delivered to Nintendo 3DS owners, and are ready to be viewed in glasses-free 3D. The Nintendo Video application is a free service that can be downloaded from the Nintendo eShop.