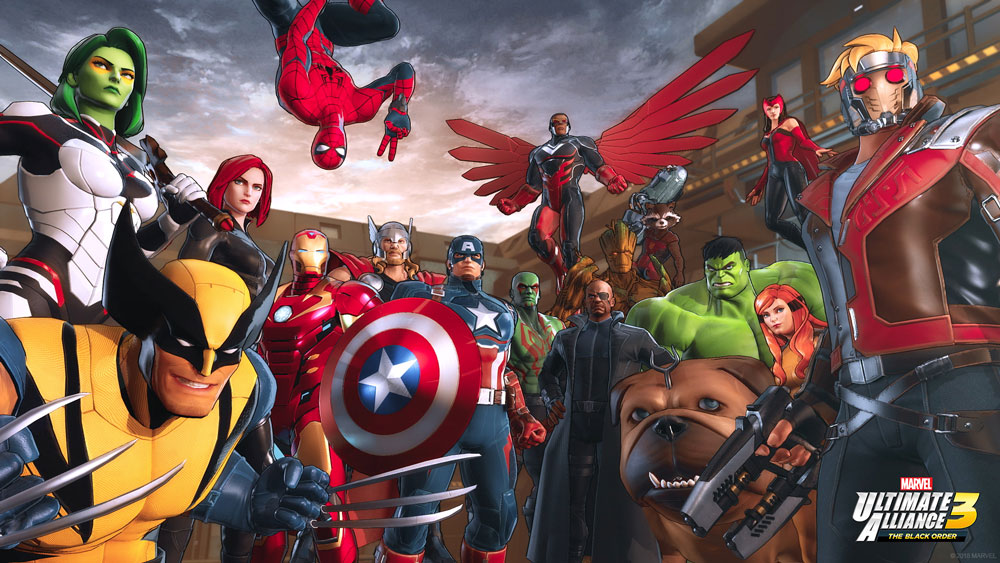 Nintendo has announced an exclusive game for the Nintendo Switch. The Big N is working with Marvel to bring Marvel Ultimate Alliance 3 to the Switch in 2019.

Marvel Ultimate Alliance 3: The Black Order is the first game in the series in nearly a decade. The game is being developed by KOEI TECMO GAMES/Team NINJA and will be published by Nintendo.

The game was announced at tonight’s The Game Awards in Los Angeles. A new trailer was unveiled to show off the action RPG, which you can check out below.

In Marvel Ultimate Alliance 3, super heroes and villains from across the Marvel universe battle for the limitless power of the Infinity Gauntlet – one stone at a time. The story features Thanos and his ruthless warmasters, The Black Order. With an original story, the game combines the Avengers, X-Men and the Guardians of the Galaxy into the ultimate fight to save the world.

The new game features the same kind of action-RPG gameplay that made the franchise a hit over a decade ago. In Marvel Ultimate Alliance 3, up to four players can drop in for co-op battles via online, local wireless, or the simplicity of another Joy-Con controller – four players can team up on one system.

In addition to the series’ traditional perspective, the new entry will let players select a dynamic, zoomed-in heroic view, allowing for a more immersive play style for single-player or multiplayer when using multiple systems.

MARVEL ULTIMATE ALLIANCE is all about teaming up with your friends and creating your own ‘dream team’ of Super Heroes … and Nintendo Switch is perfect for delivering on that promise of cooperative gameplay and shared experiences.

Who’s your favorite Marvel hero? Let us know if you’re excited about Marvel Ultimate Alliance 3. We’ll be sure to keep you update with additional details as they become available.