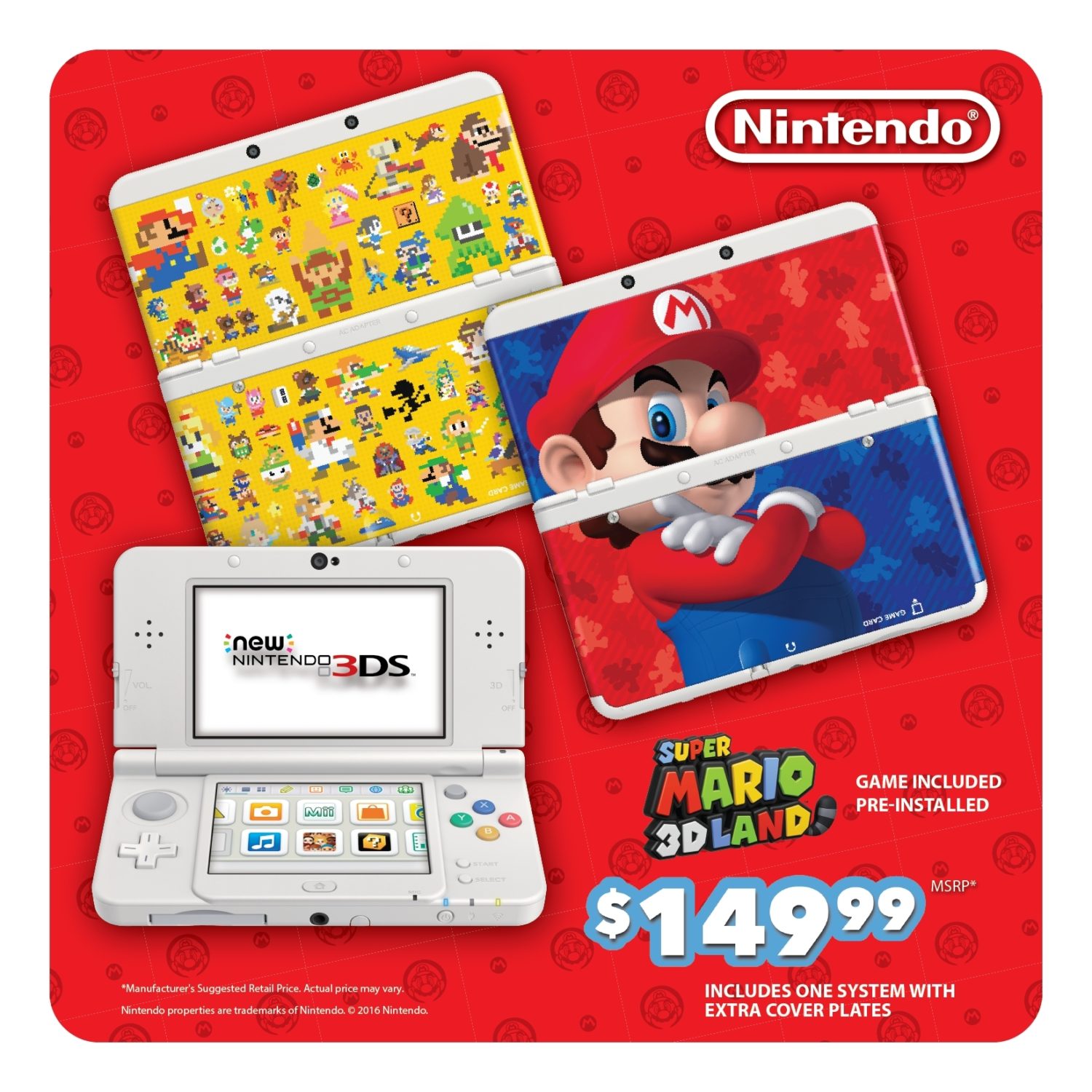 REDMOND, Wash.–(BUSINESS WIRE)– Everyone deserves to have a little fun before back-to-school season begins – and this applies to both kids and their parents. Starting on Aug. 26, Nintendo rolls out a stellar set of offers for both Wii U and Nintendo 3DS, including some of Nintendo’s biggest hits dropping to a suggested retail price of $19.99 each, like Animal Crossing: New Leaf and The Legend of Zelda: The Wind Waker HD, as well as the debut of a new Mario-themed New Nintendo 3DS system that comes with the Super Mario 3D Land game pre-installed at the low suggested retail price of only $149.99. And starting on Sept. 9, five convenient bundles each packed with a select Wii U game and an amiibo figure will be available. All of these great deals make getting ready for school a much more entertaining (and affordable) process. 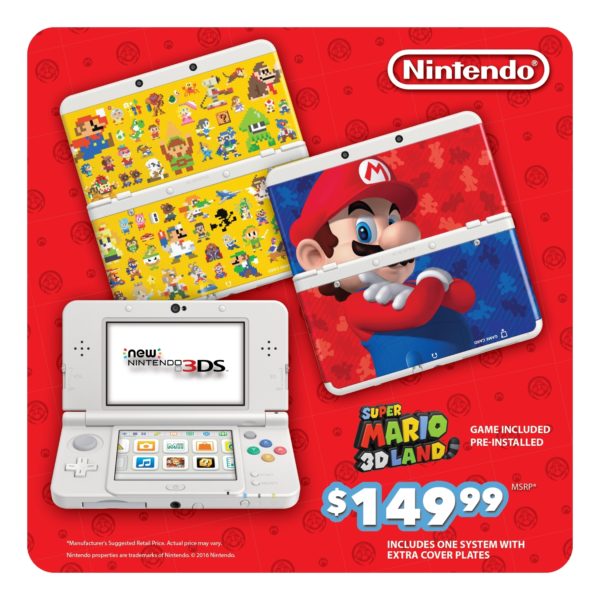 On Aug. 26, a New Nintendo 3DS bundle that includes the system, the wildly fun Super Mario 3D Land game pre-installed and two extra interchangeable Mario-themed cover plates (one inspired by Mario and one featuring 8-bit renditions of classic Nintendo characters) will go on sale exclusively at Walmart and Target stores at a low suggested retail price of $149.99. (Graphic: Business Wire)

“These back-to-school deals are some of the best and most varied we have ever offered,” said Doug Bowser, Nintendo of America’s Senior Vice President of Sales and Marketing. “Now is clearly the best time to get started on your essential Nintendo game collection.”

Wii U Games + amiibo Bundles: Starting on Sept. 9, select Wii U games will be packaged with specific amiibo at a suggested retail price of only $39.99 each. These bundles are a great way for players to be introduced to the world of Nintendo’s amiibo figures (and to have something to talk about with friends on the school bus). When tapped to the Wii U GamePad controller, each of the amiibo figures included in the bundles will unlock something special in its respective game. The bundles include:

Nintendo 2DS + Mario Kart 7 for a Suggested Retail Price of Only $79.99: Available now, the affordable and kid-friendly portable Nintendo 2DS system is ideal for parents looking to purchase a Nintendo system for their youngest gamers (and star students!) The system can play nearly every Nintendo 3DS game in 2D, is available at a suggested retail price of only $79.99 and specifically marked packages of the system include the hit Mario Kart 7 racing game, pre-installed. Combining this great package with one of the newly available Nintendo Selects games for Nintendo 3DS gives you a new Nintendo system and two awesome games – all for the great value of less than $100. For more information about Nintendo 2DS, visit http://www.nintendo.com/2ds.