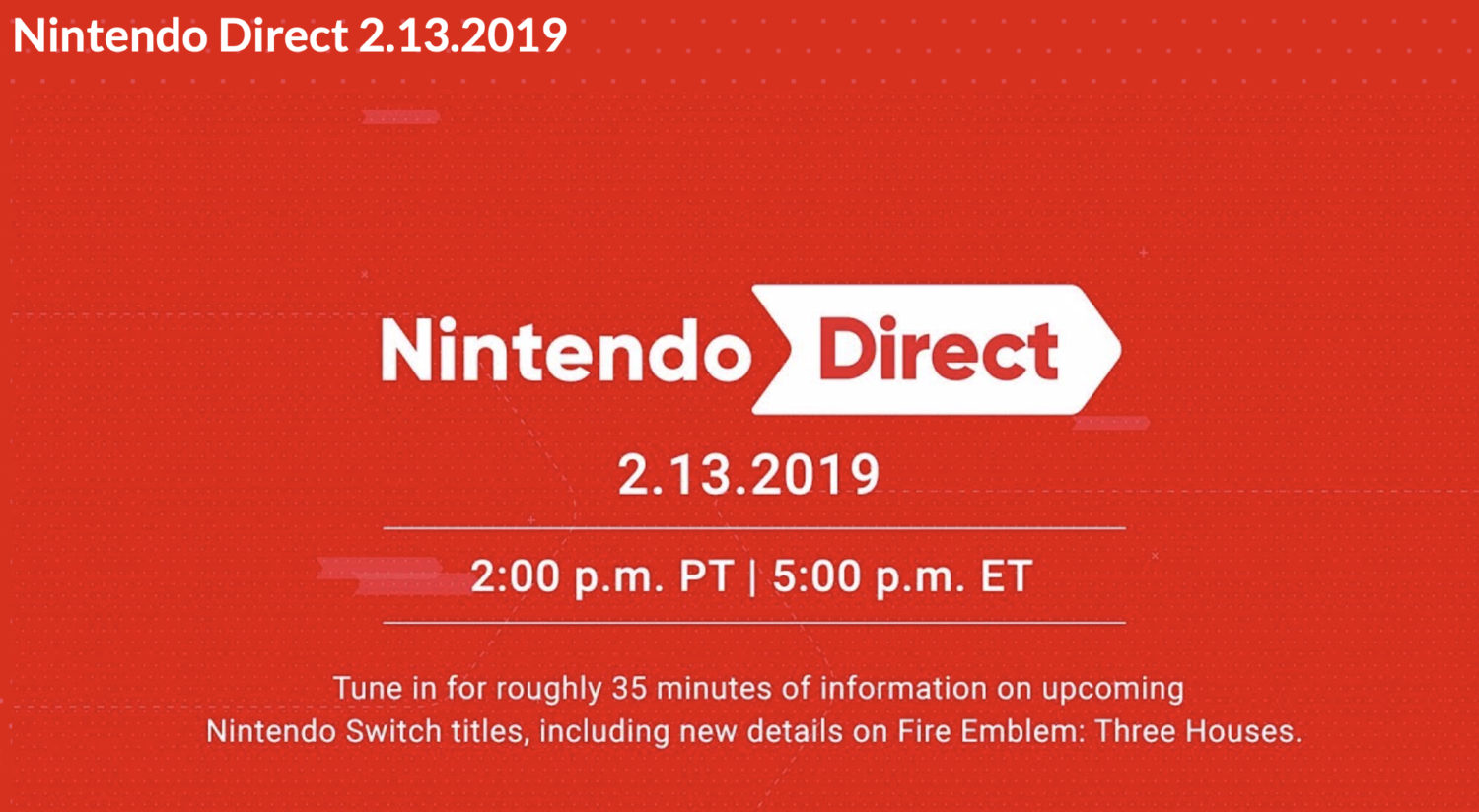 Switch gamers are getting an early Valentine’s Day present. After not getting our expected Nintendo Direct in January, Nintendo has finally revealed the event will be held on February 13th at 2pm PST / 5pm EST.

And if you’ve been looking for more information on Fire Emblem: Three Houses, then this truly is the season of love. The Nintendo Direct landing page simply states:

Tune in for roughly 35 minutes of information on upcoming Nintendo Switch titles, including new details on Fire Emblem: Three Houses.

The lack of recent news on Fire Emblem: Three Houses had led many to believe the game has been delayed, so hopefully we’ll get to see more in-game footage and maybe even a release date. And considering Nintendo’s recent talk of unannounced titles they’re preparing for release there year, will there be some surprises, too?

We’ll find out during the Nintendo Direct tomorrow. In the meantime, let us know what other games you’d like to see them highlight. Animal Crossing? Bayoneta 3? Pikmin 4? All those Final Fantasies?