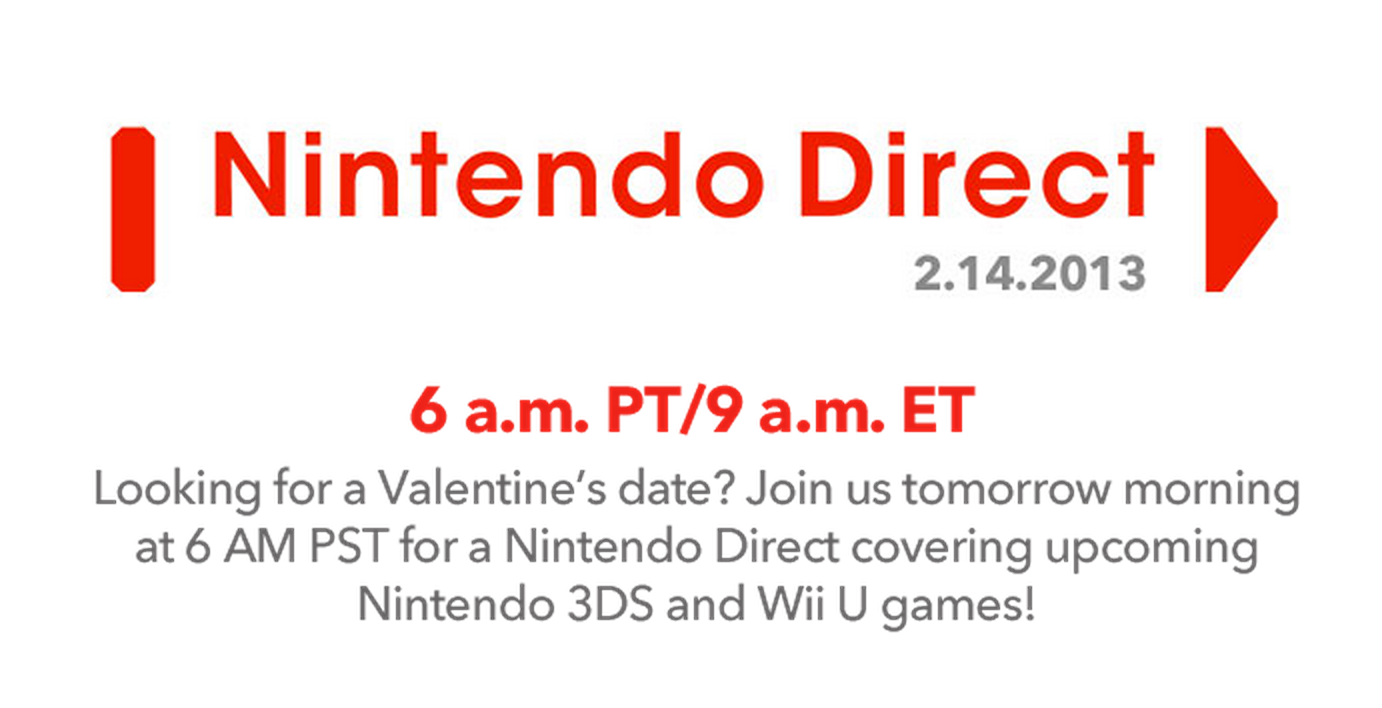 Nintendo Direct – Tomorrow at 9am ET, Focused on 3DS/Wii U games

This just in from Nintendo:

We’ll have all the latest tomorrow morning from the Direct!  I’m hoping for some more solid release dates for The Wonderful 101 and Pikmin 3.  What would you like to see tomorrow morning?