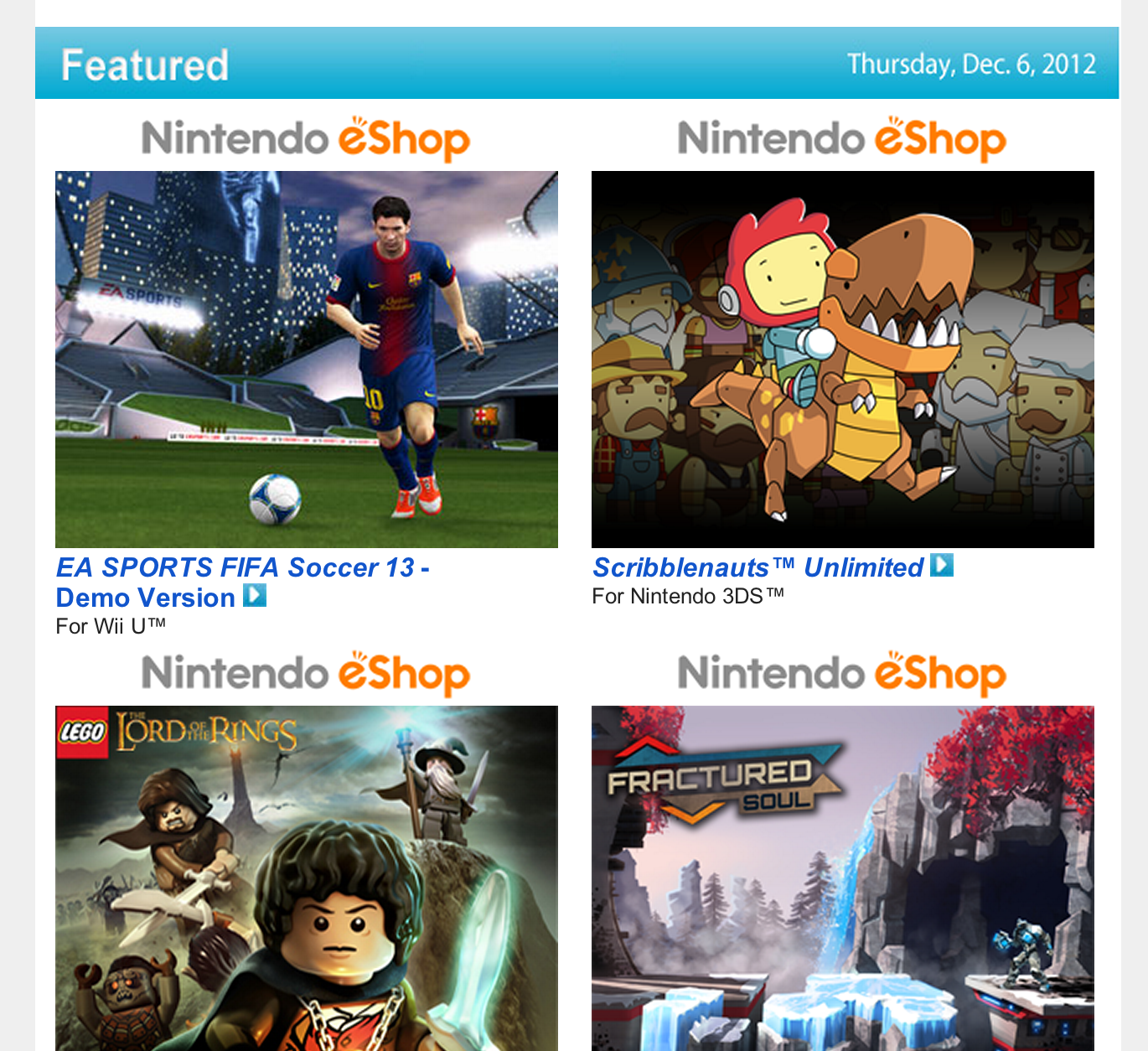 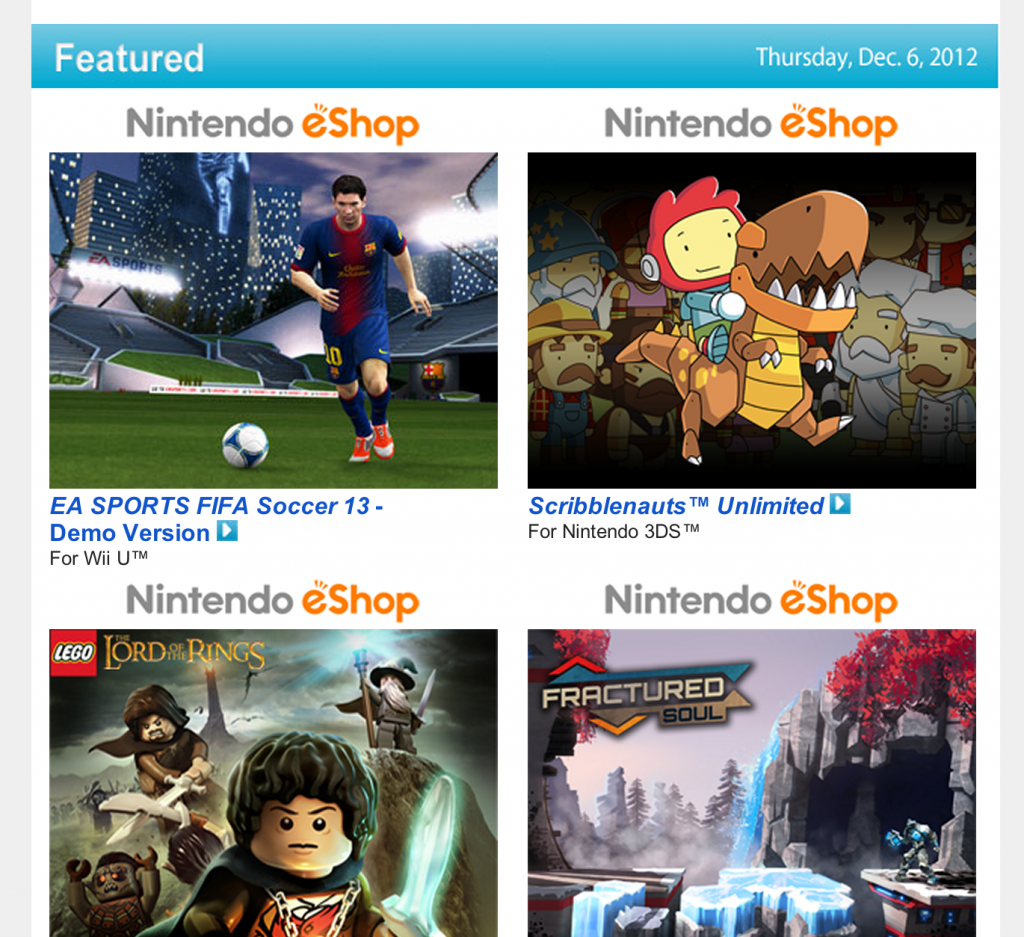 Nintendo eShop on Wii U™
EA SPORTS FIFA Soccer 13 – Demo Version – EA SPORTS delivers award-winning game play, including the Player Impact Engine, HD graphics and more than 500 officially licensed clubs. Innovations that use the Wii U GamePad put you on the pitch and in the action. Lift and look through the GamePad touch screen to aim the ball on set pieces and penalty kicks, then put the perfect curve on your shot and let it fly. Plus, connect and interact with friends online by inviting them to play or messaging them in real-time using touch-screen typing. Broadband Internet access is required for online play.

Nintendo eShop on Nintendo 3DS™
Scribblenauts™ Unlimited – Venture into a wide-open world where the most powerful tool is your imagination. Help Maxwell solve robust puzzles in seamless, free-roaming levels by summoning any object you can think of. Leverage the StreetPass™ functionality of the Nintendo 3DS system to see the creative solutions to puzzles by players in your area. And for the first time, learn the backstory of Maxwell’s parents, 41 siblings (including his twin sister Lily) and how he got his magical notepad.Scribblenauts Unlimited is also available at retail stores.

Fractured Soul – Demo Version – Enjoy old-school platforming action on two screens. Fractured Soul is a classic side-scrolling platform game with a twist: It is played across both screens at once. Available exclusively for Nintendo 3DS, Fractured Soul adds a new dimension to this much-loved genre.

To view this week’s Nintendo Download in its full graphical version, please visit:http://www.news2know.net/nintendo/downloadp3TQ7nc5.php.