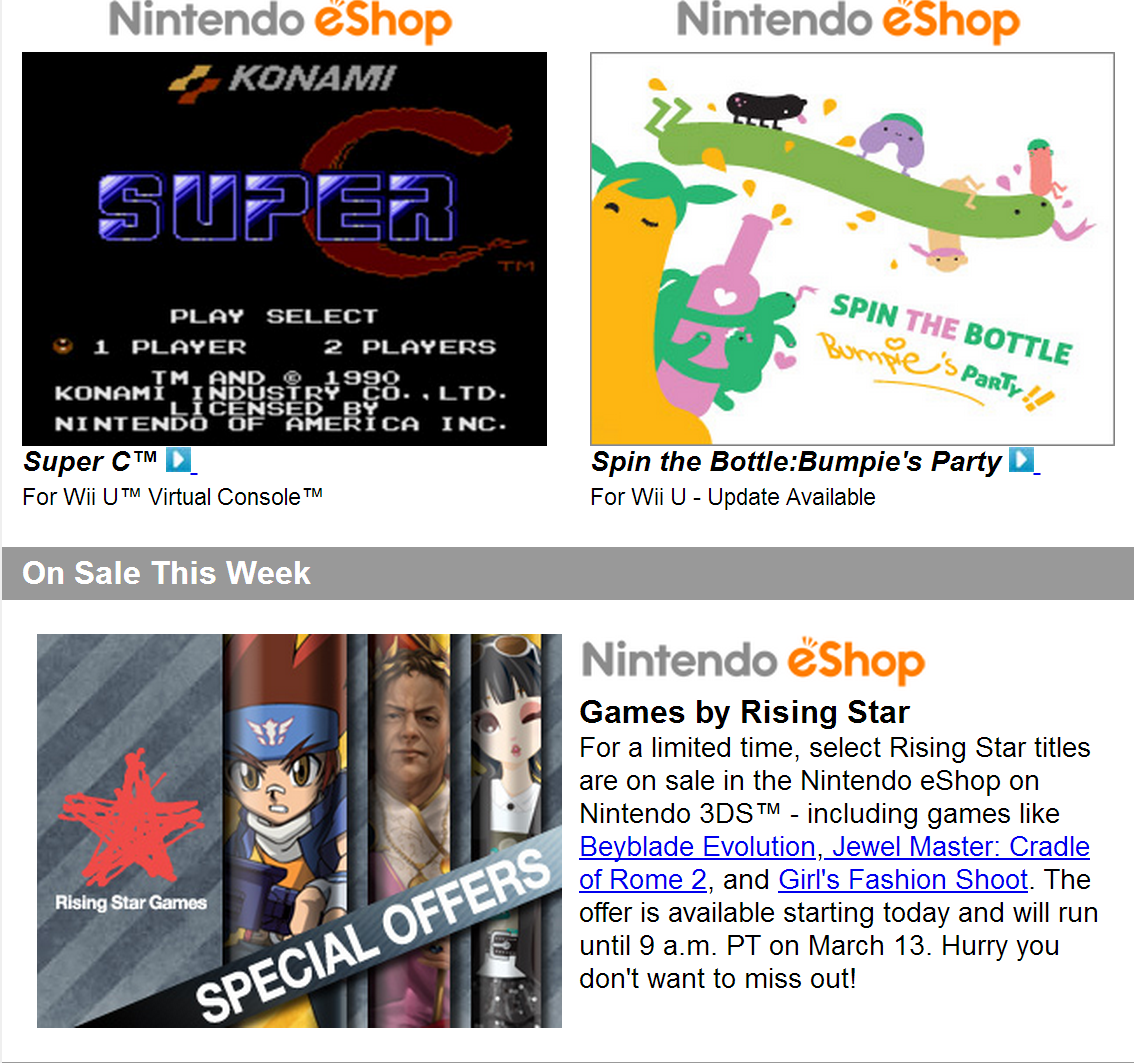 I know more than a few people who will be extremely disappointed with this week’s digital release. Super C is a nice addition but probably not what people are wanting. “cough” Mario “cough”

Check out the full digital releases below. Here’s hoping for a little more during today’s Nintendo Direct.

Virtual Console™ on Wii U™
Super C™ – In this action-packed sequel to the classic game Contra, experience run-and-gun game play at its best as you take control of Mad Dog or Scorpion and once again battle the forces of Red Falcon. Stages feature intense battles against huge bosses and both side-scrolling and top-down perspectives. Use a variety of powerful weapons and tap into your killer instinct to survive the deadly waves of enemies.

Nintendo eShop Sale
Games by Rising Star – For a limited time, select Rising Star games are on sale in the Nintendo eShop on Nintendo 3DS™, including games like Beyblade Evolution, Jewel Master: Cradle of Rome 2 andGirl’s Fashion Shoot. The offer is available starting today and will run until 9 a.m. PT on March 13.