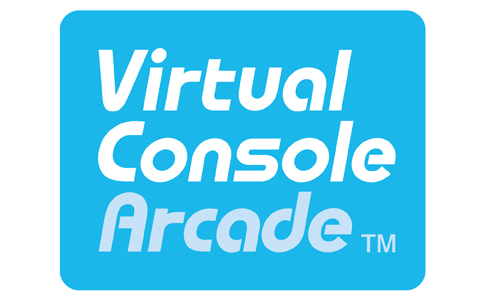 Scarves and mittens aren’t the only ways to heat up the season, thanks to more downloadable gaming excitement for Nintendo systems.Snowpack Park™ for the WiiWare™ service offers penguin-centric thrills, while the Virtual Console™ debut of SPIN MASTER brings classic NEOGEO adventure to the Wii™ system. New arrivals on the Nintendo DSiWare™ service include Tetris® Party Live, which lets you and your friends enjoy multiplayer puzzle action on the go.

This week also marks the introduction of new demo versions of red-hot games for the WiiWare service, including the award-winning And Yet It Moves, the retro-styled BIT.TRIP FATE, the fast-paced Jett Rocketand the pressure-packed ThruSpace™. These demo versions will be available to download for zero Wii Points™. Stay tuned to learn about additional demos in the coming weeks.

Snowpack Park
Publisher: Nintendo
Players: 1-2
ESRB Rating: E (Everyone) – Comic Mischief
Price: 800 Wii Points
Description: Welcome to Snowpack Park! You’ve arrived in hopes of hanging out with some of the local penguins and learning how to take care of them. However, a recent storm has just sent the residents of the park fleeing to various islands throughout the area, and there are only a few penguins to be found. Take control of either a Mii™ character or one of the game’s built-in characters and brave various terrains and unexpected obstacles. Travel from island to island, find penguins and bring them back safely to the park. But getting them back is just the beginning. The penguins have different moods, which will go up and down depending on how much interaction they have with you. If a penguin’s mood gets too bad, it will leave the park. To prevent that from happening, you must learn how to feed, pet and play with the penguins in order to keep them happy. Throughout the park, you’ll also find fun minigames to play, headwear pieces for the penguins to wear, fish for them to eat, blowfish to roll up into snowballs and a variety of other useful things. You can even collect photos of yourself and the penguins by visiting one of the park’s photo-taking locations. Prepare for a heartwarming Antarctic adventure!

And Yet It Moves (demo version)
Publisher: Broken Rules
Players: 1
ESRB Rating: E (Everyone) – Mild Violence
Price: 0 Wii Points; full version available for 1,000 Wii Points
Description: And Yet It Moves is an award-winning, physics-based platform game in which you must run and jump through a world made of paper. To help you solve the game’s mind-bending levels, you possess the unique ability to rotate the world at will. Walls become floors, slides become platforms – but a harmless pile of rocks becomes a hazardous danger when turned upside-down! Use the Wii Remote™ controller like a magic wand to tilt the world. Explore beautifully crafted environments. Survive 20 challenging levels filled with strange creatures, traps and puzzles. Unlock bonus levels, competitive play modes and surprising modifications that change the entire game. Turn your world upside-down with And Yet It Moves!

BIT.TRIP FATE (demo version)
Publisher: Aksys Games
Players: 1
ESRB Rating: E (Everyone) – Mild Fantasy Violence
Price: 0 Wii Points; full version available for 800 Wii Points
Description: BIT.TRIP FATE is an on-rails side-scrolling shoot-’em-up that finds CommanderVideo riding the vibe to discover his fate. CommanderVideo will need a little help from the friends he made inBIT.TRIP RUNNER to thwart the Mingrawn Timbletot, who has mutated the world into an ugly technological nightmare. Join forces with the Junior Melchkin, CommandgirlVideo and others to increase CommanderVideo’s power and save the world. Whether you play in single-player mode or team up with a co-pilot, you’ll need a steady hand to navigate the vibe and aim your blasters at the twisted souls who are out to destroy you.

Jett Rocket (demo version)
Publisher: Shin’en Multimedia
Players: 1
ESRB Rating: E (Everyone) – Mild Cartoon Violence
Price: 0 Wii Points; full version available for 1,000 Wii Points
Description: Let Jett Rocket explore the beautiful planet of Yoroppa and find out why it has been attacked by the evil Power Plant Posse. Visit tropical islands, poisonous swamps and freezing-cold glaciers. Ride the ocean on your Jet Boat, parachute from giant cliffs, speed through Arctic regions on your Jet Snowboard or skyrocket with your Jet Turbine. You’ll need everything you’ve got to fight back and save Yoroppa!

ThruSpace (demo version)
Publisher: Nintendo
Players: 1
ESRB Rating: E (Everyone)
Price: 0 Wii Points; full version available for 800 Wii Points
Description: ThruSpace is an exciting puzzle game in which you’ll move and rotate an object called a keydron through gaps in walls. Putting your keydron through a gap earns you points, and mastering this ability allows you to perform combos (picking up pairs of crystals simultaneously) and tricks (rotating the keydron so that its shadow covers the gap completely before passing through it) that are essential to achieving high scores. Refine your skills in multiple game modes: Normal, Endless and Trick Challenge. Brush up on the rules in Keydron Tutorial or watch replay data in Keydron Memories. As the game progresses, the number of available keydrons, backgrounds, stages and levels will increase. ThruSpace is easy to play but difficult to master. Do you have the skills and reflexes to overcome its increasingly complex challenges?

Tetris Party Live
Publisher: Tetris Online, Inc.
Players: 1-4
ESRB Rating: E (Everyone)
Price: 500 Nintendo DSi Points™
Description: Now you can party with Tetris whenever and wherever you like! Tetris Party Live features several exciting game modes from the popular Tetris Party series, including Marathon (a favorite single-player mode), Computer Battle (challenge the computer), VS Battle (challenge a friend) and Duel Space (strategize to claim more space than an opponent). But the party doesn’t stop there: Take the Tetrisfun online via the Nintendo® Wi-Fi Connection service (broadband Internet access required) and enjoy multiplayer Tetris with up to three opponents at a time. You can also use the global ranking system to see how your Tetris Party Live skills stack up against the rest of the world.

Music on: Electric Guitar
Publisher: Abylight
Players: 1
ESRB Rating: E (Everyone)
Price: 200 Nintendo DSi Points
Description: Transform your Nintendo DSi™ system into an incredible electric guitar and your stylus into a pick. You’ll be amazed at how easy it is to play your favorite songs, even if music isn’t your thing. Pedals include Distortion, Flanger and Delay. The Advanced Play Screen is great for melodies, arpeggios and chord variations. Enjoy 32 definable chords on the control pad. Discover more than 950 chords in all and save up to 10 sessions.

SPIN MASTER
Original platform: NEOGEO
Publisher: D4 Enterprise
Players: 1-2
ESRB Rating: E10+ (Everyone 10 and Older) – Cartoon Violence
Price: 900 Wii Points
Description: SPIN MASTER is a side-scrolling action game that was originally released in 1993. Take on the role of an adventurer named Johnny. Dr. De Playne has stolen your piece of a treasure map and kidnapped your girlfriend, Mary. Now you must set off to retrieve them both. Make your way through five different stages, each featuring a unique and colorful boss at the final turn. After clearing each stage, you will obtain a piece of the treasure map. Put all the pieces together and you’re in for one big surprise. Make full use of jumps and standard attacks to advance through the game. To experience really explosive and invigorating combat, be sure to employ the wide range of special attacks that are also available, including spirit charges, sliding attacks and super bomb attacks. Another player can also join in the action simultaneously!