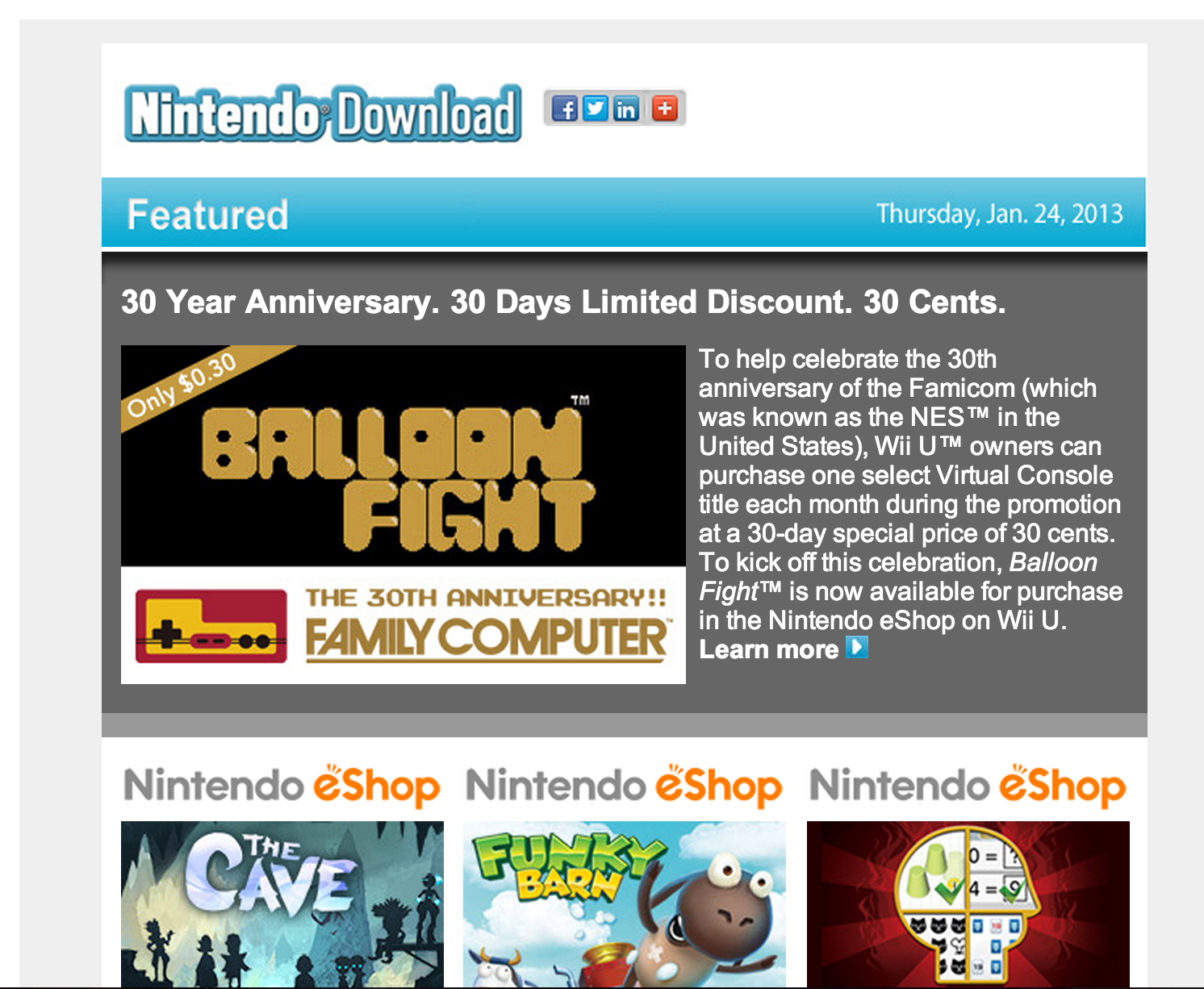 30 Year Anniversary. 30 Days Limited Discount. 30 Cents.
To help celebrate the 30th anniversary of the Famicom (which was known as the NES™ in the United States), Wii U™ owners can purchase one select Virtual Console title each month during thepromotion at a 30-day special price of 30 cents. To kick off this celebration, Balloon Fight™ is now available for purchase in the Nintendo eShop on Wii U.

Nintendo eShop on Wii U
The Cave – The Cave is a new adventure game from Monkey Islandand Maniac Mansion creator Ron Gilbert and Double Fine Productions, the award-winning studio behind Psychonauts and Brütal Legend. Assemble your team of three from seven unlikely adventurers, each with his or her own unique personality and story. Descend into mysterious depths to explore many different locations, including a subterranean amusement park and a medieval castle, not to mention a fully armed and ready-to-launch nuclear-tipped ICBM.

Funky Barn – It’s farming, but not as you know it. Grab your Wii U GamePad controller and create a beautiful farmland full of animals, crops and trees. After you create your land, develop it into the craziest, most offbeat farm imaginable, overflowing with the wackiest contraptions and goofiest gizmos you and your animals have ever seen. Funky Barn is available in the Nintendo eShop on Wii U and at retail stores.