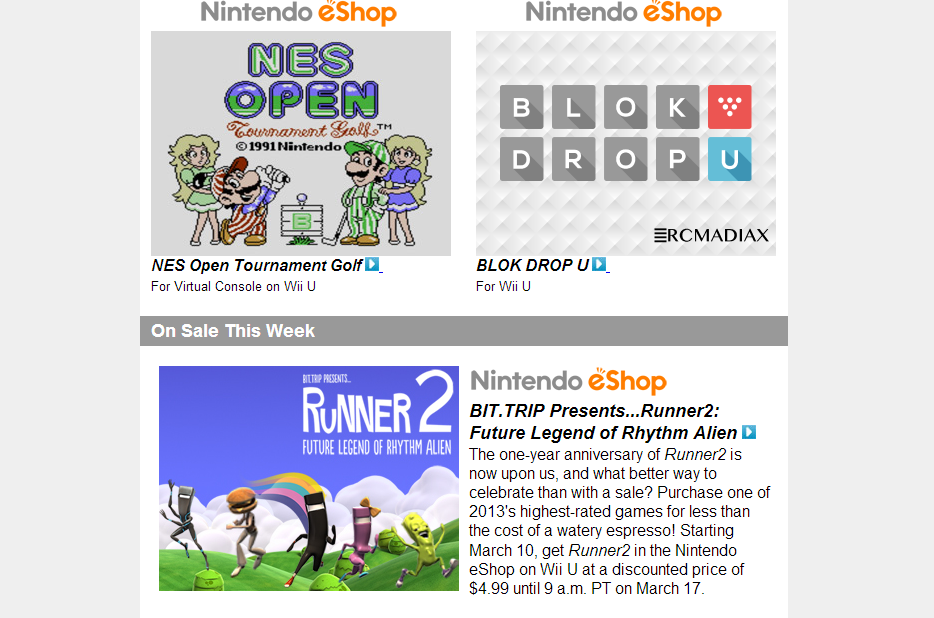 It has become very hard to hide my frustration about the Wii U’s VC. I will continue to do so, until I snap and run around my house screaming; VC! VC! VC!.

Check out the full release below.

Nintendo eShop on Wii U

BLOK DROP U – BLOK DROP U is a simple yet challenging physics-based puzzle game exclusively for Wii U. Your goal is to safely guide the red blok to rest on any of the normal platforms by tapping and destroying the grey bloks.

BIT.TRIP Presents…Runner2: Future Legend of Rhythm Alien – The one-year anniversary of Runner2 is now upon us, and what better way to celebrate than with a sale? Purchase one of 2013’s highest-rated games for less than the cost of a watery espresso! Starting March 10, get Runner2 in the Nintendo eShop on Wii U at a discounted price of $4.99 until 9 a.m. PT on March 17.