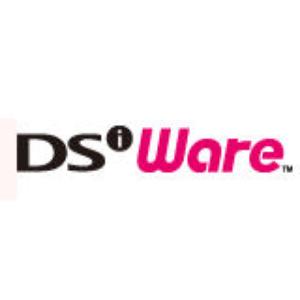 NINTENDO DOWNLOAD: NEW DOWNLOADS TRANSPORT YOU TO THE WRESTLING RING, THE BATTLEFIELD AND BEYOND

Forget about tan lines and beach towels. This spring break, you can download the ingredients for a fun-filled getaway on your Wii™ or Nintendo DSi™ system. Fans of classic 16-bit action can launch themselves into the wrestling ring as Natsume Championship Wrestling™ – a brawny favorite from the Super NES™ era – makes a fresh appearance on the Virtual Console™ service. Other adventuresome offerings include G.G Series D-TANK for the Nintendo DSiWare™ service, which places players on the front lines of a fierce tank battle. Visit the Wii Shop Channel and Nintendo DSi Shop today to browse hundreds of downloadable games, no sunscreen required. Virtual Console Natsume Championship Wrestling Original platform: Super NES Publisher: Natsume Inc. Players: 1-4 ESRB Rating: E10+ (Everyone 10 and Older) – Mild Violence Price: 800 Wii Points™ Description: Step into the ring. Choose from 12 outrageous wrestlers and bring the pain. Wield the massive power of Asteroid, the lightning-fast strikes of Viper, the underhanded attacks of Phantom and many more madmen of the ring. With its robust grappling system and more than 50 moves to master, Natsume Championship Wrestling delivers the deepest and most realistic wrestling action of the 16-bit era. Test your might against the crafty AI, or up to four players can compete in exhibition, tag team and round-robin matches. (Additional accessories are required for multiplayer mode and are sold separately.) WiiWare™ Arcade Essentials Publisher: Nordcurrent Players: 1 ESRB Rating: E (Everyone) Price: 500 Wii Points Description: Arcade Essentials is a collection of five classic arcade games. All are presented in a modern reincarnation with enhanced game play, stylish graphics and sound effects. Jump right in, enjoy the nonstop game play and immerse yourself in these popular games as you did many years ago. Discover lots of levels to unlock, plus high score tables and other cool stuff to keep you entertained. Dive: The Medes Islands Secret (demo version) Publisher: Cosmonaut Games Players: 1 ESRB Rating: E (Everyone) – Mild Violence Price: 0 Wii Points; full version available for 1,000 Wii Points Description: Over the past five centuries, hundreds of ships flying every ensign have succumbed to the power of the ocean. Merchant boats, pirate ships, navy vessels – all of them have ended up covered in coral at the bottom of the ocean. They all guarded secrets that remained hidden over the years, secrets that have always been a mystery…until now. In Dive: The Medes Islands Secret, you are John Sanders, a treasure hunter and experienced diver who spends months planning and documenting a major expedition to locate and recover several ships of different ensigns around the world. Note: Some demo versions do not support all game features, and players cannot save their in-game progress in demo versions. Nintendo DSiWare G.G Series D-TANK Publisher: Genterprise Inc. Players: 1 ESRB Rating: E (Everyone) – Mild Cartoon Violence Price: 200 Nintendo DSi Points™ Description: You control a tank that can respawn any number of times. The focus of this shooting game is to put your life on the line to successfully carry out a variety of defensive and offensive missions. In defensive missions, you must take out the enemy tanks targeting your base before it is destroyed. In offensive missions, you must capture the enemy’s stronghold within the time limit. The key to success in these missions is the strategic use of items such as bombs and special ammo. Shapo™ Publisher: Tik Games, LLC. Players: 1 ESRB Rating: E (Everyone) Price: 500 Nintendo DSi Points Description: Shapo is a challenge that will keep you on the edge. Balance the scales as you place shapes made of different materials. Play more than 150 levels in Classic or Puzzle mode to unlock the greatest wonders of the world. Stunning art brings 15 wonders of the world to life. Enjoy exciting power-ups such as the material bomb and line bomb. Each ball and shape has a different weight, so be careful when placing your pieces. In Classic mode, create lines to remove balls. Match sequential lines and watch the combo multiplier grow. In Puzzle mode, complete increasingly complicated levels by filling the grid with the given balls. Nintendo adds new titles to the Nintendo DSi Shop and the Wii Shop Channel at 9 a.m. Pacific time on Mondays. Users with broadband Internet access can redeem Wii Points or Nintendo DSi Points to download the games. Wii Points can be purchased in the Wii Shop Channel. Nintendo DSi Points can be purchased in the Nintendo DSi Shop. A Nintendo Points Card™ can be purchased at retail locations. All points from one Nintendo Points Card must be redeemed in either the Nintendo DSi Shop or the Wii Shop Channel. They are not transferable and cannot be divided between the two systems.