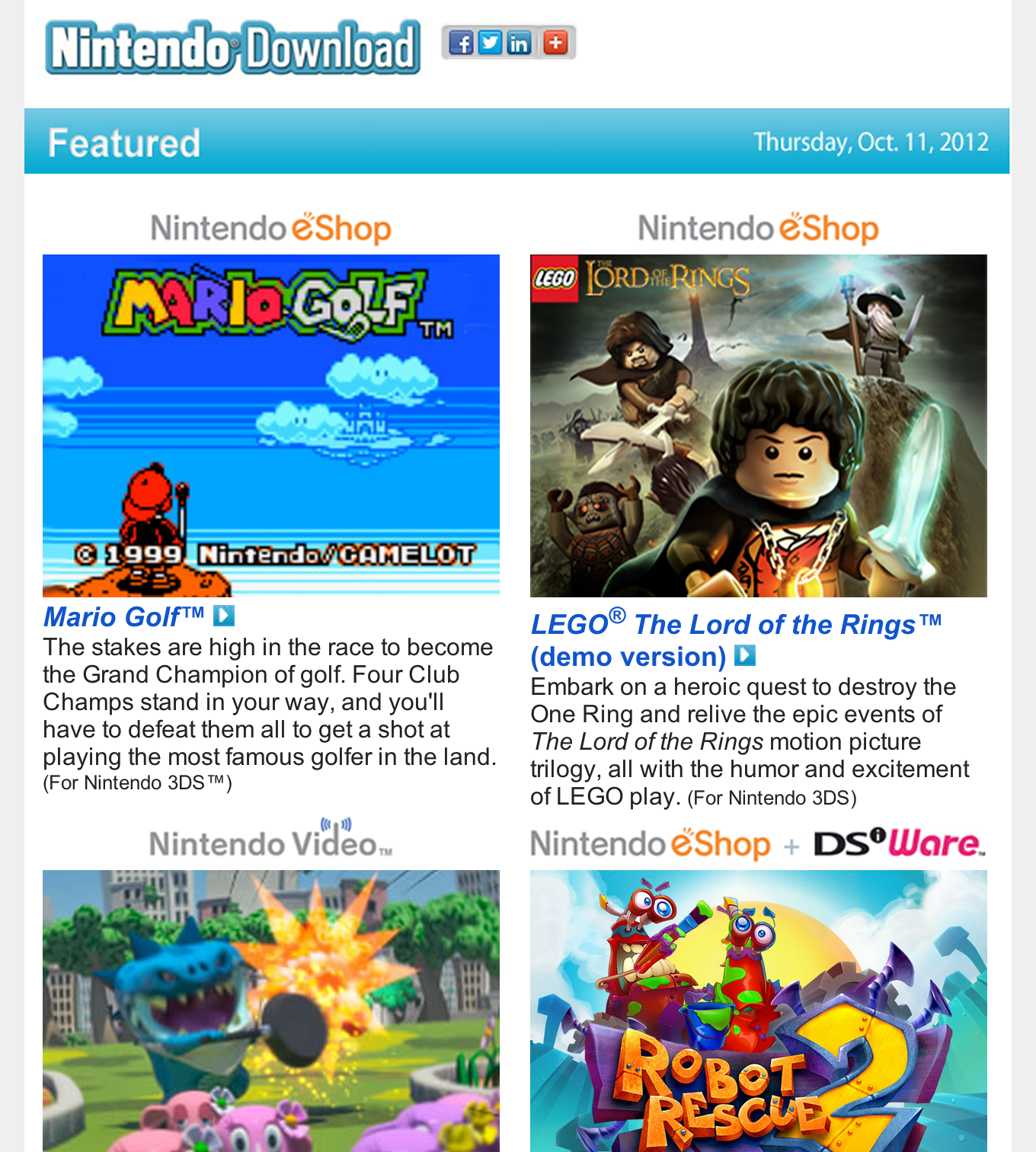 Nintendo eShop
Mario Golf™ – The stakes are high in the race to become the Grand Champion of golf. Four Club Champs stand in your way, and you’ll have to defeat them all to get a shot at playing the most famous golfer in the land. (For Nintendo 3DS™)

Nintendo Video™
Meat or Die: Helena – The newest episode of Meat or Die, the hilarious hit series from Nintendo Video, premieres Oct. 12. Don’t miss Yans & Gans as they employ a mysterious force in their never-ending (and never-successful) quest for meat. (For Nintendo 3DS)

Nintendo eShop + Nintendo DSiWare™
Robot Rescue 2 – Your mission is to navigate a cadre of codependent robots through an evil computer labyrinth that’s brimming with deadly traps. At certain points you’ll need to repaint your robots by stepping on a special tile in order to change their color. (Nintendo 3DS / Nintendo DSi™)

Nintendo eShop
Spirit Hunters Inc. Videos – During the next few weeks, a series of videos in the Nintendo eShop will give players a special look at Spirit Hunters Inc. This week, learn how Nic uses his Shadow abilities in a battle, and catch the first installment of the “How to Play” series. These videos will get you ready to hunt the ghostly spirits all around you. (For Nintendo 3DS)

To view this week’s Nintendo Download in its full graphical version, please visit:http://www.news2know.net/nintendo/download1t1T4N9H.php