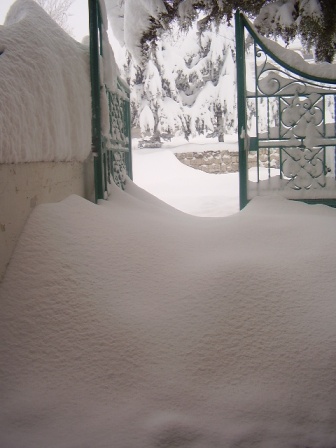 Whether you enjoy gaming in the living room or on the move, you’re in good company with this week’s new downloadable games for the Wii™ and Nintendo DSi™ systems. Disney’s JellyCar 2 is among the latest additions to the WiiWare™ service, putting an irreverent spin on console racing games. On the Virtual Console™ service, you’ll find a couple of Capcom classics from 1985, including the timelessly spookyGHOSTS’N GOBLINS™. Hand-held gamers might purr with delight to discover Petz® Catz® Family for the Nintendo DSiWare™ service, which gives players a new way to tote adorable feline friends with them everywhere they go.

JellyCar 2
Publisher: Disney Interactive Studios
Players: 1-2
ESRB Rating: E (Everyone)
Price: 500 Wii Points™
Description: JellyCar 2, the hit driving platform game, is here and fully loaded with more than 30 levels, multiplayer action and much more. Play head-to-head or co-op in Multiplayer Flag, Gems and Tether modes. (Additional accessories are required for multiplayer modes and are sold separately.) Post high scores, best times and longest jumps in the Hall of Fame. With so much squishy goodness, you’ll want to drive JellyCar 2 all around town.

Art of Balance (demo version)
Publisher: Shin’en Multimedia
Players: 1-2
ESRB Rating: E (Everyone)
Price: 0 Wii Points; full version available for 800 Wii Points
Description: Grab your Wii Remote™ controller and build a balanced stack in this physics-based puzzler. Enjoy 100 levels that challenge not only your skills but also your imagination. The game is easy to pick up and hard to put away. Play alone or invite a friend to grab a second Wii Remote (sold separately) and drop in at any time for co-op play. We even added a dedicated two-player split-screen “versus” mode for extra fun.

GHOSTS’N GOBLINS
Publisher: Capcom
Players: 1-2
ESRB Rating: E (Everyone) – Mild Fantasy Violence
Price: 800 Wii Points
Description: GHOSTS’N GOBLINS is a classic game that packs a heavy punch (and lance). Experience the smash arcade hit from 1985 as you help Arthur defeat hordes of monsters in his attempt to rescue the princess. This is the first (and possibly only) game in which taking a hit can reduce you to your underwear.

EXED EXES™
Publisher: Capcom
Players: 1-2
ESRB Rating: E (Everyone) – Mild Fantasy Violence
Price: 800 Wii Points
Description: A retro classic from Capcom’s arcade lineup from 1985,EXED EXES is a vertically scrolling shooter that’s sure to bring back fond memories. Dodge bullets, collect fruit and go for high scores in one of the most furious sci-fi insectoid shoot-’em-ups ever made.

Petz Catz Family
Publisher: Ubisoft
Players: 1
ESRB Rating: E (Everyone) – Comic Mischief
Price: 800 Nintendo DSi Points™
Description: Care for and bond with a whole family of adorable cats. Play fun games with them, give them lots of love and watch them grow. Discover their unique talents and personalities and teach them fun tricks like running through obstacle courses and walking down the runway.

Surfacer+
Publisher: Lexis Numerique
Players: 1
ESRB Rating: E (Everyone)
Price: 500 Nintendo DSi Points
Description: Surfacer+ is easy to pick up and has totally innovative game play that’s suitable for all gamers – casual and hard-core alike. Fill the screen by producing white flowers with your stylus. Control the size of your flowers and use the bonuses at the right moment. Watch out for enemies who pounce from either side of the screen.Surfacer+ will test your skill, strategy and insight. How far will you go to cover the screen?

EJ Puzzles: Hooked
Publisher: Electron Jump
Players: 1
ESRB Rating: E (Everyone)
Price: 500 Nintendo DSi Points
Description: Can you catch all the fish? Take control of your fishing boat and search the waters for the freshest fish. Be careful to catch them in the right order. If you land a fish that’s too big too soon, you’ll break your line. The chef is waiting for your delivery, so get out there and catch all the fish you can. EJ Puzzles: Hooked is a brain teaser with a fishing theme. Search the waters with your fish scanner. If you find a fish you can’t handle yet, mark its location with a marker buoy and come back later. Your goal is to catch all the fish on the map. There are many maps to play, and each map changes every time. Can you beat them all?