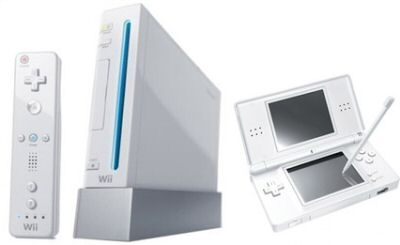 Nintendo Emerges with Top-Selling Systems of 2010, Looks Ahead to Nintendo 3DS

REDMOND, Wash.–(BUSINESS WIRE)–Great games, great experiences and great value led Nintendo to finish 2010 with the two top-selling video game systems in the United States. The Nintendo DS™ family of systems finished in first place with more than 8.5 million sold in 2010, while the Wii™ system topped all home consoles with more than 7 million sold, according to the NPD Group, which tracks video game industry sales in the United States.

With the new Nintendo 3DS™ system set to launch in the United States in March, Nintendo has strong momentum heading into 2011. Nintendo 3DS lets users view 3D images without the need for special glasses. More information about the system will be made available during a Jan. 19 preview event in New York.

“Nintendo has sold more game systems than anyone else for five years running,” said Charlie Scibetta, Nintendo of America’s senior director of Corporate Communications. “Of the quarter billion hardware systems sold in the United States during the past 10 years, Nintendo sold more than half. We look forward to bringing fun new experiences to consumers when Nintendo 3DS launches in March.”