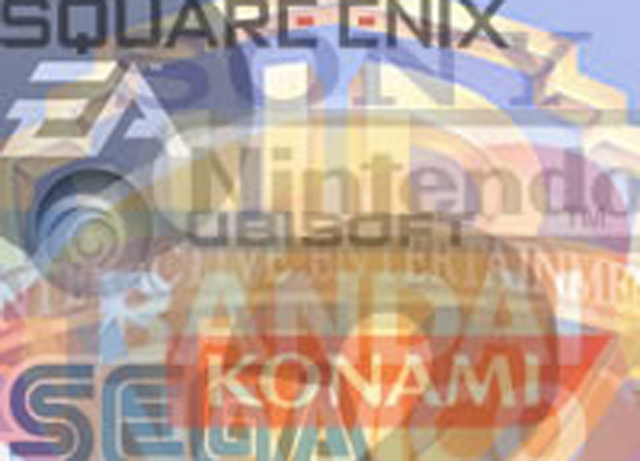 Metacritic have released their annual summary comparing the releases of game publishers from the previous year. And in 2014, Nintendo fared very well.

All the big names are there, but Nintendo lead the way in the large publishers category, jumping from fourth position in 2013 to become the number one publisher of 2014.

Nintendo was also the only one of the majors to finish the year with a “green” average Metascore, despite only 56% of its games receiving positive reviews from critics. Nintendo’s performance is even more impressive when you consider that it released more unique titles (34) than any other publisher in 2014. 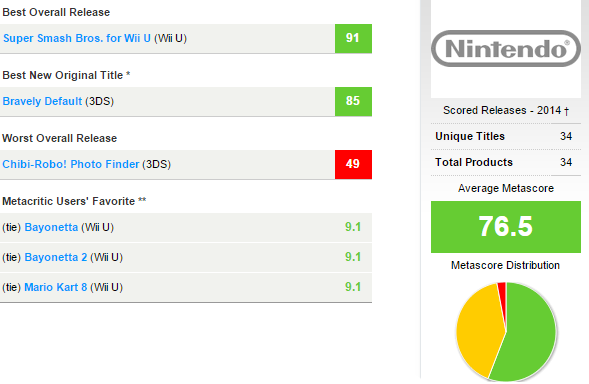 Nintendo’s Metascore average increased by 2.7 points in 2014 compared to the 2013. Interestingly, it didn’t have a 2014 game to score as highly as its 2013 leader, Super Mario 3D World, however Nintendo was the only publisher last year with more than one game (with at least 7 reviews) to score in the 90+ range – Super Smash Bros. for Wii U and Bayonetta 2 both hit 91. In a reverse from 2013, Wii U games scored more highly than 3DS releases: the Wii U average was an impressive 81.3 (for 12 releases), while its 22 3DS games averaged 73.9.

All-in-all a very positive overview for Nintendo and their software of 2014. Most fans would agree that the company has been very consistent of late in releasing solid titles to continue building momentum for its platforms.

Here’s a nice graphic representing the major publisher’s ranking of 2014, with Nintendo sitting at the top of list above big-name publishers like Ubisoft and EA. 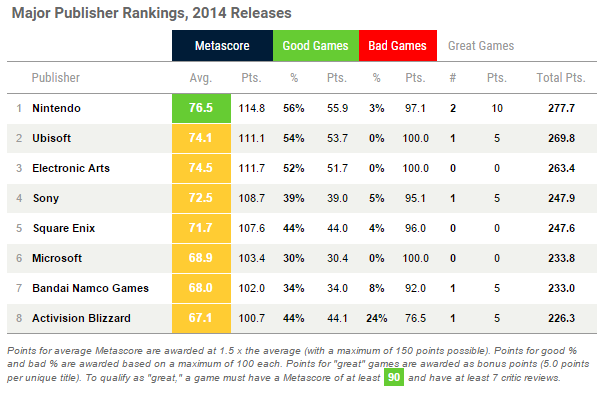 Are you impressed with Nintendo’s 2014 performance? What are your hopes for 2015? Let us know all your thoughts in the comments section below.