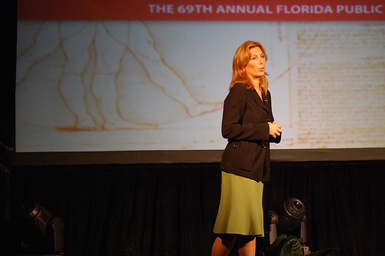 Nintendo of America announces the hiring of a new vice president of Corporate Affairs. Cynthia Gordon, a PR expert with more than 20 years of experience in consumer brands, joins the company on March 14. Gordon comes to Nintendo from her position as a vice president at 360 PUBLIC RELATIONS in Boston, where she developed and executed consumer public relations campaigns and contributed to the advancement of the firm’s social media and digital efforts.

Gordon will work from Nintendo’s office in Redwood City, Calif, and will report to the executive vice president of Sales & Marketing, a vacant position that is currently being managed by Nintendo of America President Reggie Fils-Aime.

“Cindy brings a wealth of smart, strategic brand experience to our team,” Fils-Aime said. “As we prepare to launch our new Nintendo 3DS system on March 27, her expertise will help keep our momentum going strong through the rest of the year.”

Earlier in her career, Gordon ran public relations and new media for Universal Studios in Los Angeles and Orlando, Fla., where she launched The Simpsons Ride and The Wizarding World of Harry Potter. She also oversaw all external and internal communications for Dunkin’ Donuts, Baskin-Robbins and Togo’s, and ran the Chrysler account for GolinHarris in Chicago, where she oversaw launches for Dodge and Jeep.

Gordon is a graduate of Tulane University, where she earned bachelor’s degrees in political science and French literature.