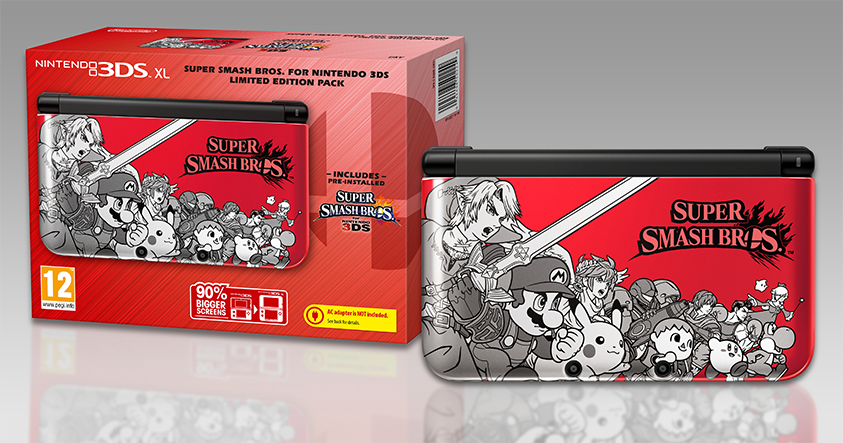 Nintendo of Europe has announced a limited edition 3DS XL bundle that comes with a 3DS XL with special Super Smash Bros. art on it and the 3DS version of Super Smash Bros. pre-installed.  The amazing looking hardware bundle will be available on launch day, October 3rd, in Europe.

Check out the Super #SmashBros for Nintendo #3DS Limited Edition Pack, entering the battle on 03/10! pic.twitter.com/c3o5sawkjd

Hopefully, Nintendo decides to offer this same bundle to North American gamers.  But when looking at the release history of these types of bundles across multiple regions, it seems unlikely to release in North America.