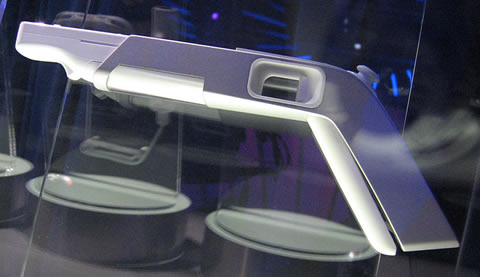 A peripheral is only as useful as the software it’s supporting. What was shown (at E3) was a prototype. We’re not announcing any further details at this time.

Nintendo unveiled its Wii Blaster at E3 last year and hasn’t mentioned it since. Is it being held back until there’s software that can fully support it?