Nintendo’s online services are still experiencing technical difficulties across all of their platforms.  Nintendo users began experiencing these outages early yesterday and even delayed the release of the Pokémon Bank application to try and ease some of the server load.  Nintendo was not alone though.  Yesterday Microsoft, Sony, and even Steam were experiencing their own ‘technical difficulties’ but most of these services are now either fully functional or close to. 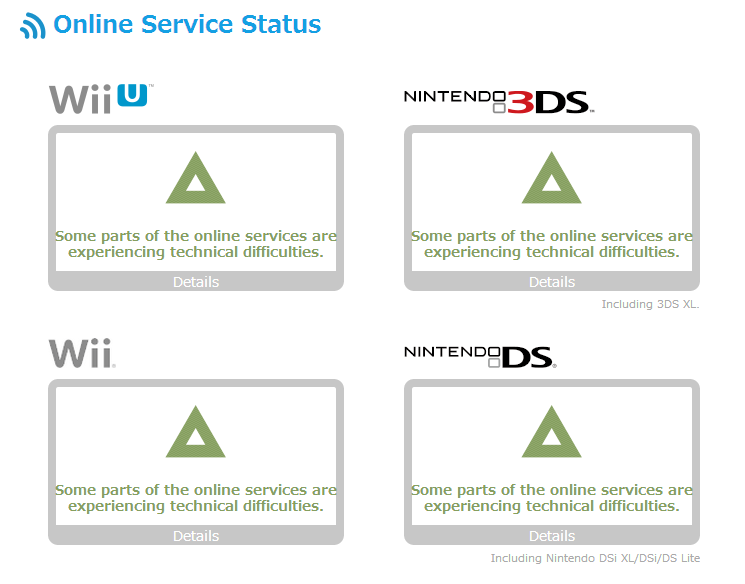 Many Nintendo fans are still waiting, more than 24 hours later, for even a sign that a resolution is coming.  Nintendo is no doubt hard at work trying to resolve this problem but until it is fixed fans are left waiting anxiously to download games or add funds to their virtual wallets.

The good news is that this outage likely indicates that Nintendo experienced some strong sales over the holiday.  The bad news is that Nintendo doesn’t look all that great, especially to anyone who might be new to Nintendo, and some fans are left waiting hoping to enjoy their Christmas gifts sooner rather than later.  The Pokémon Bank app is going to be released in North America tomorrow, according to an early weekly digital release report from Nintendo, so hopefully this means that they plan to have service issues fixed by then.

We will update our readers as soon as we have more information about a resolution or when services are restored.