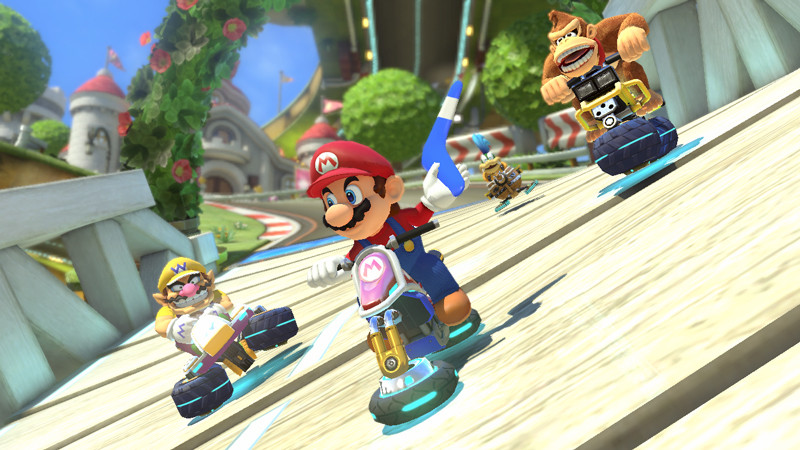 REDMOND, Wash.–(BUSINESS WIRE)– Nintendo today revealed new information about Mario Kart 8, the latest installment in the fan-favorite racing series launching exclusively for the Wii U console on May 30 in stores and in the Nintendo eShop. For the first time in HD, Mario Kart 8 introduces original track designs that highlight the game’s new anti-gravity feature, which allows players to race upside down or up vertical surfaces. Racers will also enjoy a variety of series-favorite features, including the return of 12-player online competitive play*, four-player local multiplayer, hang gliders, underwater racing and motorbikes.

New features in Mario Kart 8 include:

Mario Kart 8 is now available for pre-order at major retailers throughout North America. A deposit may be required for pre-orders. See individual retailers for details. For more information about the game, visithttp://mariokart8.nintendo.com/. A new Mario Kart 8 game trailer can be found at Nintendo’s YouTube channel, http://www.youtube.com/nintendo. 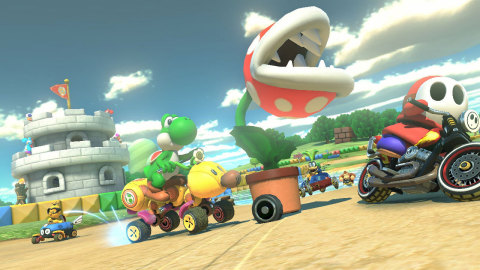 In Mario Kart 8, the Piranha Plant attaches to the front of the player’s kart and chomps at other characters, banana peels on the track or even shells thrown by other characters. 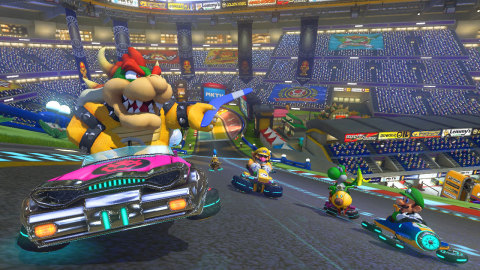