REDMOND, Wash.–(BUSINESS WIRE)– Holiday shoppers that are looking to pick up aNintendo 2DS system and either the Pokémon X or Pokémon Y video games are about to get a couple of new and affordable options. Starting on Dec. 6, Nintendo is offering two bundles featuring the system and the games: 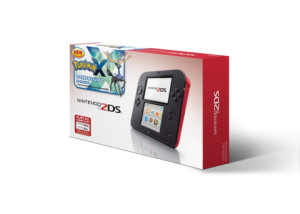 Target will offer an exclusive bundle that includes the Pokémon X game pre-installed on a red Nintendo 2DS system at a suggested retail price of $149.99. (Photo: Business Wire)

Both bundles will be available while supplies last. 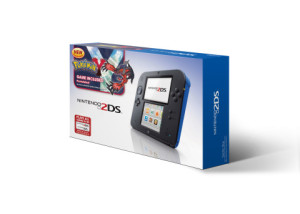 The Nintendo 2DS system maintains many of the same hardware features as Nintendo 3DS, like touch-screen controls, StreetPass, online multiplayer functionality and the ability to download games in the Nintendo eShop. Without any hinges, the durable Nintendo 2DS is a great first-time system for kids. In addition, Nintendo 2DS is backward compatible and can play the huge existing library of Nintendo DS games. For more information about Nintendo 2DS, visit http://www.nintendo.com/3ds/2ds. Pokémon X and Pokémon Y are the latest installments in the world-famous Pokémon series. The games offer a new generation of Pokémon, a new region to explore, new Mega Evolutions and a host of new features. Since their launch on Oct. 12, the well-received Pokémon X and Pokémon Y games have sold more than 2 million copies combined in North America. For more information about Pokémon X and Pokémon Y, visit http://www.pokemonxy.com.