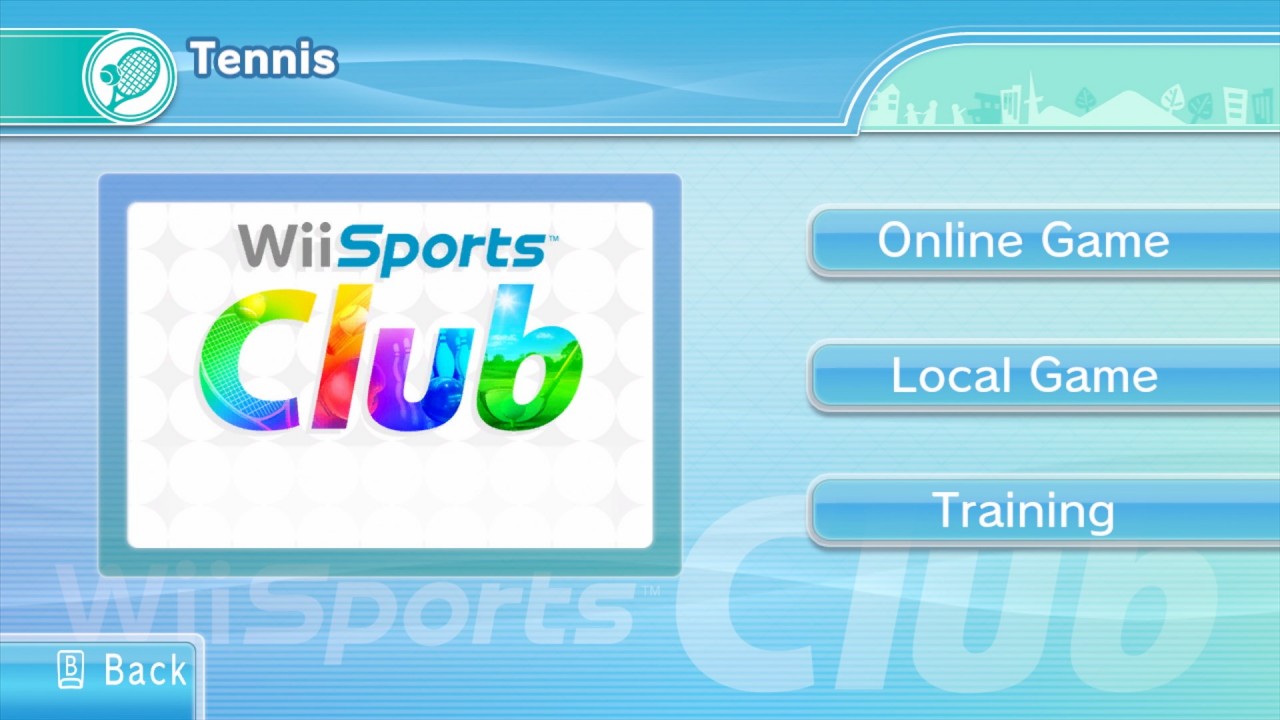 Nothing much to say except for the fact that Wii Sports Club Tennis and Bowling are available to download through the Nintendo eShop.

I know I will be downloading this when I get home.

REDMOND, Wash.–(BUSINESS WIRE)– The five beloved sports from the original Wii Sports game – bowling, tennis, baseball, boxing and golf – are making a dramatic and competitive return on Wii U. Starting today, two of the five sports – tennis and bowling – are now available in the Nintendo eShop on Wii U.

The sports are being released individually as downloads in the Nintendo eShop, and feature HD graphics, enhanced controls via Wii MotionPlus technology, as well as a much-requested online multiplayer versus mode, so users with broadband Internet access can face off against friends and family members online. Players can choose to associate themselves with various state or regional clubs and can send messages to one another via Miiverse. People can play casually against members of their own club, or take on members of rival clubs to increase their club rankings.

Wii U owners who download Wii Sports Club will get a free trial pass that will let them play any available sports for a 24-hour period from when the Wii Sports Club game is started. Once the trial period ends, players can purchase two types of passes exclusively available in the Nintendo eShop: a Day Pass for $1.99 to play all available sports for a 24-hour period, or a Club Pass to gain permanent access to individual sports for $9.99 each.