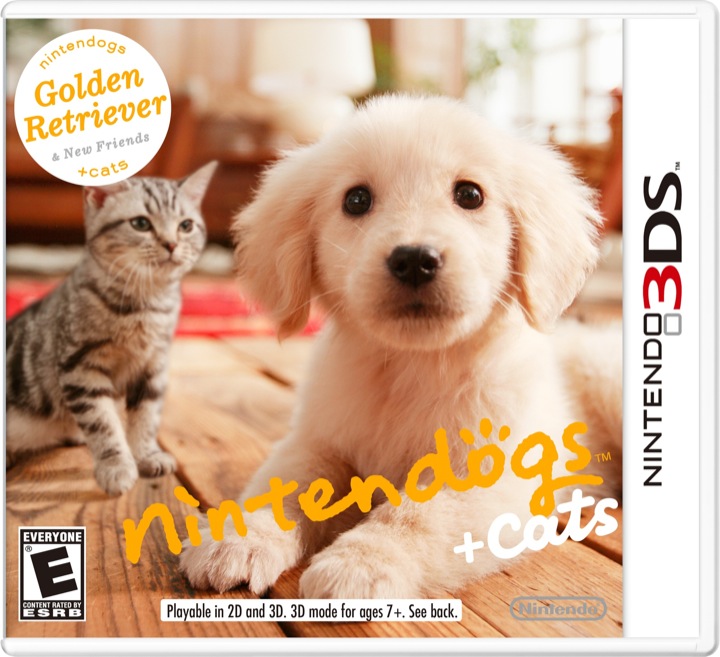 With More Than 30 Games Total Launching by Early June, There’s Something for Everyone

REDMOND, Wash.–(BUSINESS WIRE)– On day one, new Nintendo 3DS™ owners will have plenty of video games to keep them busy. Nintendo and its third-party publishing partners have made sure that people who buy a system on March 27 will be able to choose from a variety of experiences that leverage the system’s new features. A steady and diverse stream of games of all kinds will keep the fun going, with more than 30 Nintendo 3DS games total launching before the E3 Expo in early June.

“Seeing 3D visuals without the need for special glasses is just one aspect of Nintendo 3DS,” said Nintendo of America President Reggie Fils-Aime. “The real test of any system is whether the games and applications draw you in and keep you engaged. Through the launch window and beyond, Nintendo 3DS delivers.”

On March 27, new Nintendo 3DS owners will be able to choose from the following Nintendo-published games, each available at a suggested retail price of $39.99:

Other Nintendo 3DS games in the works for 2011 from Nintendo include The Legend of Zelda™: Ocarina of Time™ 3D, Star Fox 64™ 3D, Kid Icarus™: Uprising and new installments in the Mario Kart™ series.

Third-party publishers also have a strong slate of games ready to go on March 27. These include:

Nintendo 3DS also comes pre-loaded with a variety of fun games, applications and features, such as the Nintendo 3DS camera, which can be used to take photos in 2D and 3D as well as be used in other games and applications. For instance, the built-in Face Raiders™ game asks users to shoot at funny depictions of their own photographed faces, while the Mii Maker™ application lets gamers use the camera to take a picture of a person and have an automatic Mii™ character created. The system also comes with six AR Cards, which, when viewed through the outer cameras, bring to life fun and interesting animations and images. For example, when used with nintendogs + cats, users might see their puppies or kittens sitting on their coffee tables or in the palms of their hands. With Nintendo 3DS Sound, users can enjoy sound-manipulation tools or rock out with their Nintendo 3DS system while listening to their MP3 or AAC music files.

Nintendo 3DS is also able to play nearly every game in the massive Nintendo DS library, except those that require use of a secondary Game Boy™ Advance slot.