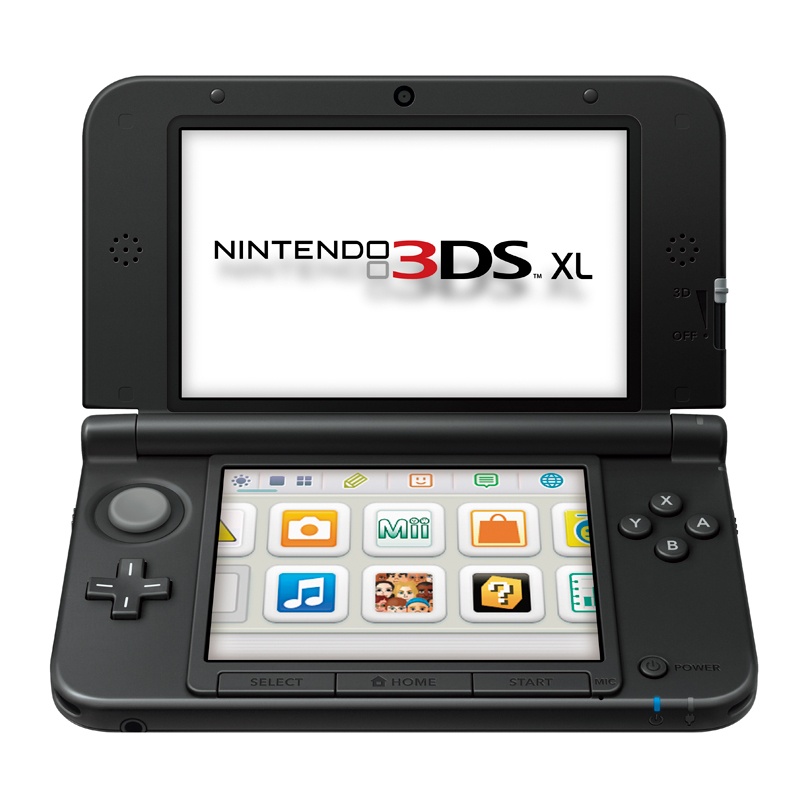 I will try to explain this as clearly as I can. Feel free to leave any questions in the comments.

Nintendo has updated their financial forecast to show a loss for the business fiscal year; Starting March 31st, 2013, ending March 31st, 2014. Originally Nintendo expected to move 9 million Wii U’s during the year, that prediction is now 2.8 million. If that number holds true through March 31st, 2014, the Wii U would move around 6.25 million during its lifetime.

The sales champion of 2013 is not exempt from the lower forecast. Nintendo originally expected to move 18 million for the 3DS, that forecast now is 13.5 million. 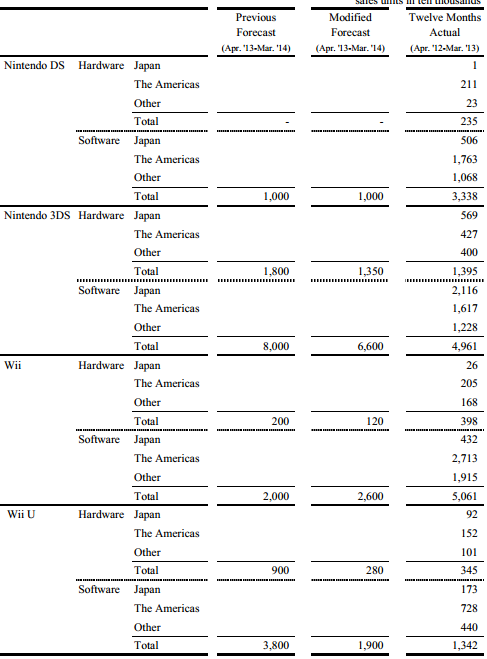 We would like to explain the modifications of the full-year financial and dividend forecasts announced today.

Giving a detailed explanation on our sales performance in and leading up to the year-end sales season by platform, Nintendo 3DS continued to show strong sales in the Japanese market. The unit sales for Nintendo 3DS in the previous calendar year amounted to approximately 4.9 million units, falling short of our aim of five million units by a small margin. However, as I explained before, given that every gaming device from the year 2000 onwards apart from Nintendo DS and Nintendo 3DS did not reach sales of four million units even in their peak years, we can say that the sales figure for Nintendo 3DS in the last calendar year was indeed very high. However, outside Japan, while its market share increased as we continued to release compelling titles throughout the year, Nintendo 3DS did not reach our sales targets in the overseas markets, and we were ultimately unable to achieve our goal of providing a massive sales boost to Nintendo 3DS in the year-end sales season. Using the U.S. market as an example, Nintendo 3DS became the top-selling platform in the last calendar year, according to NPD, an independent market research company, with its cumulative sales exceeding 11.5 million units; however, the estimated annual sales of the Nintendo 3DS hardware remain significantly lower than our initial forecast at the beginning of the fiscal year. In Europe, while the individual markets showed different results, France was the only market in which we experienced relatively strong sales, and we failed to attain our initial sales levels by a large margin in other countries.

Wii U sales, on the other hand, showed some progress in the year-end sales season as we released various compelling titles from the summer onwards, launched hardware bundles at affordable price points and also performed a markdown of the hardware in the U.S. and European markets; however, they fell short of our targeted recovery by a large margin. In particular, sales in the U.S. and European markets in which we entered the year-end sales season with a hardware markdown were significantly lower than our original forecasts, with both hardware and software sales experiencing a huge gap from their targets. In addition, we did not assume at the beginning of the fiscal year that we would perform a markdown for the Wii U hardware in the U.S. and European markets. This was also one of the reasons for lower sales and profit estimates.

We therefore modified our unit sales estimates in accordance with our performance in the year-end sales season and after the turn of the year, and the drop in software sales had the largest negative effect on our profit forecasts.

Also, yen appreciation against the U.S. dollar and euro, which on one hand affects dollar-based and euro-based sales positively, also increases costs incurred in foreign currencies when they are converted to Japanese yen. While the yen remained very strong for a sustained period of time, Nintendo made a concerted effort to pay more of its manufacturing costs in U.S. dollars in order to minimize its impact. However, as the era of the exceedingly strong yen concluded, our domestic business, which had been progressing at a relatively strong pace, has seen an increase in manufacturing costs, while our overseas business, which is yet to reach its full potential, has not fully benefited from the weaker yen yet. In terms of our profitability in the current fiscal year, therefore, we were unable to sufficiently take advantage of the weaker yen.
As for advertising expenses, and research and development expense forecasts, we made revisions to increase them by eight billion yen and 15 billion yen respectively from their forecasts made at the beginning of this fiscal year. We expect advertising expenses to increase due to the effect of the expenses incurred in foreign currencies to be converted into Japanese yen by using weaker yen rates. The estimated increase of research and development expenses is based on reflecting our ongoing enhancement of the development structure, and new research and development activities. These increases contributed to lowered estimated profit forecasts.

We expect that we will post ordinary income despite the operating loss situation. This is because we now assume that the yen will be weaker than our original assumptions at the beginning of the fiscal year, and re-evaluation of assets and liabilities denominated in foreign currencies owned by Nintendo Co., Ltd. at the end of the fiscal year as well as foreign exchange gains at the time of cash receipts and conversions of foreign funds into yen, among other factors, are expected to exceed the projected operating loss.

On the other hand, we expect to post a net loss despite expecting ordinary income mainly because we need to reverse deferred tax assets in relation to the losses carried over from the previous fiscal years mainly in the United States, as we can no longer expect our financial performance to recover in the current fiscal year.

We will provide more information on our short-term as well as mid-term prospects at the Corporate Management Policy Briefing to be held on January 30, 2014, which will take place in Tokyo a day after we announce our financial results for the third quarter.
These are all of the explanations about modifications of our full-year financial and dividend forecasts.