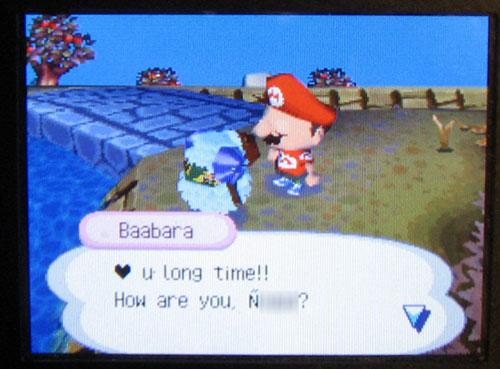 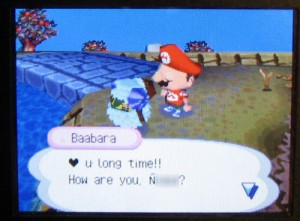 Some copies that Nintendo sent out to the press contained a already pre-saved game. This game was supposed to be used to help show off how you can use the DS Animal Crossing with the Wii one. Unfortunately a dirty little sheep was brought along for the ride.  Since this happened Nintendo has released a statement on this.

“Previously played copies of the 2005 DS game ‘Animal Crossing: Wild World’ were sent to 14 members of the media to demonstrate the ability of players to transfer items to the new ‘Animal Crossing: City Folk’ for Wii.’ We regret that an offensive phrase was included without our knowledge via a wireless function that allows user-generated catchphrases to spread virally from one game to the next. This version is limited to 14 copies created for media review purposes only and is not available at retailers. We sincerely apologize for the incident and are working with media who received the game cards to return them to Nintendo immediately.”