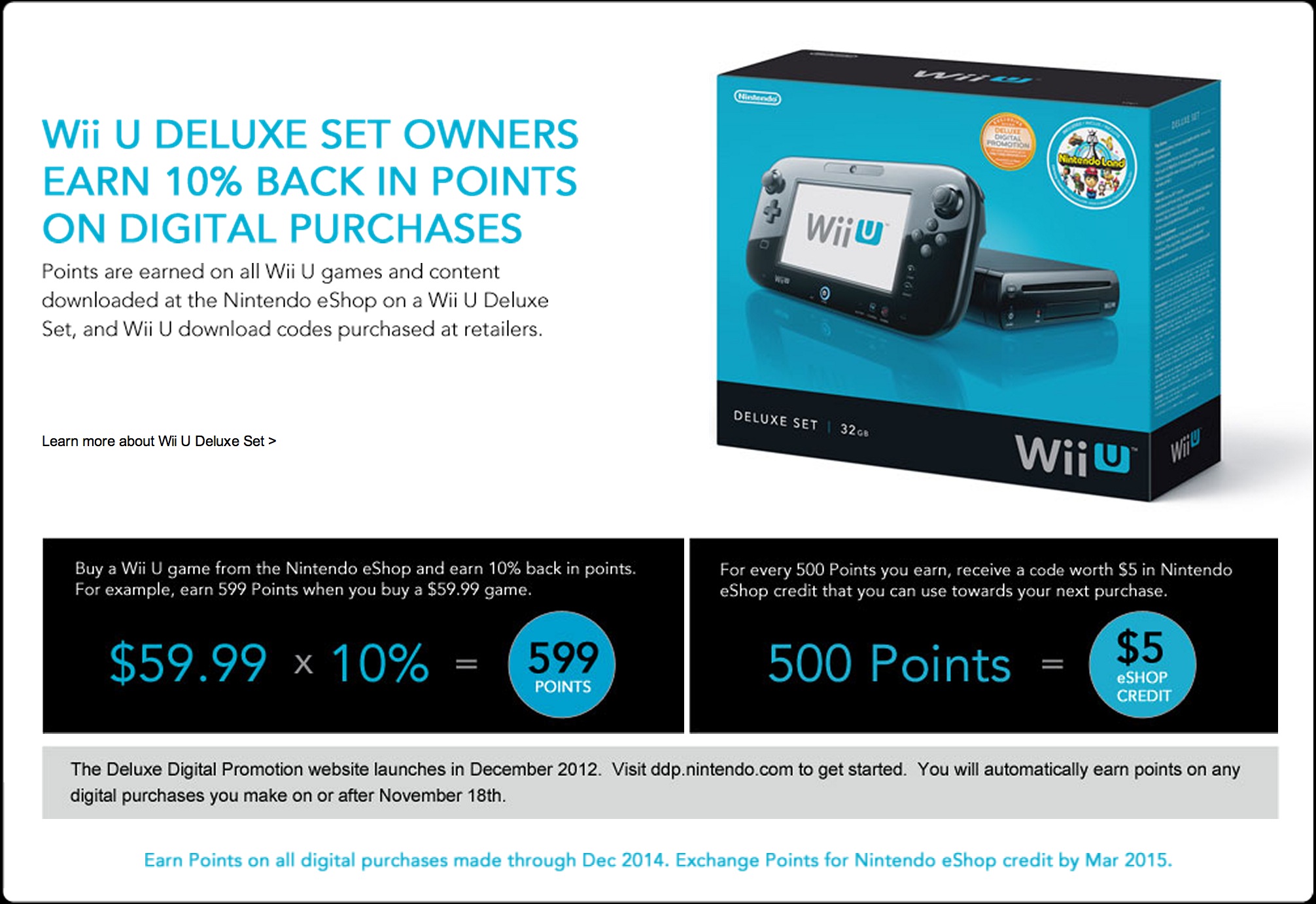 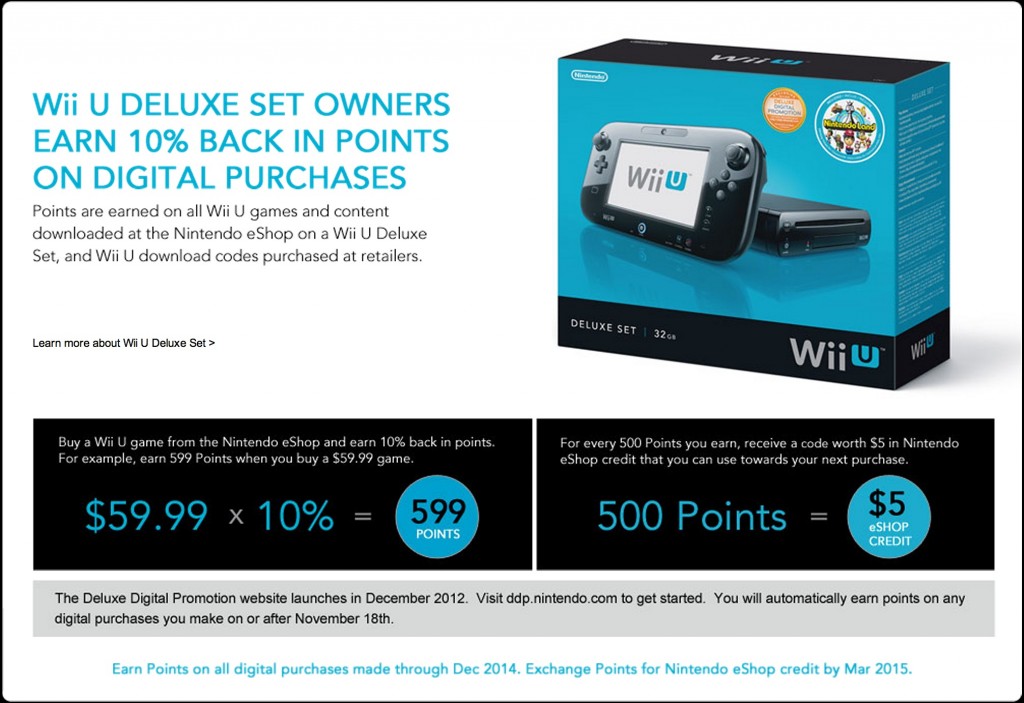 REDMOND, Wash.–(BUSINESS WIRE)– As Nintendo prepares to launch the revolutionary Wii U home console on Nov. 18, consumers in the United States can look forward to a special promotion that will give select Wii U owners even more bang for their entertainment buck. Nintendo today revealed details about the Deluxe Digital Promotion, which lets consumers who buy the Wii U Deluxe Set earn points when they purchase downloadable games and redeem those points for even more fun digital content in the online Nintendo eShop. The promotion gives Wii U Deluxe Set owners a big incentive to connect their systems to the Internet and discover a constantly expanding array of downloadable games, entertainment offerings and cool ways to connect with family and friends.

“From day one, we want Wii U owners to experience the full breadth of great downloadable games and content available for the console,” said Scott Moffitt, Nintendo of America’s executive vice president of Sales & Marketing. “The Deluxe Digital Promotion is our way of encouraging Wii U Deluxe Set owners to explore the Nintendo eShop and discover how Wii U offers an incredible combination of fun, innovation, convenience and value.”

The Wii U Deluxe Set offers extraordinary value right out of the box. Launching Nov. 18 at a suggested retail price of $349.99, it includes a black Wii U console, black touch-screen Wii U GamePad controller, sensor bar, AC power adapters and stands for both the console and the controller, a charging cradle for the GamePad, an HDMI cable and a copy of the Nintendo Land game, which features 12 playable attractions based on Nintendo’s most imaginative and beloved game franchises. Consumers who purchase the Wii U Deluxe Set can use the Deluxe Digital Promotion with a Nintendo Network Account.

For more information about the Deluxe Digital Promotion, visit http://ddp.nintendo.com.