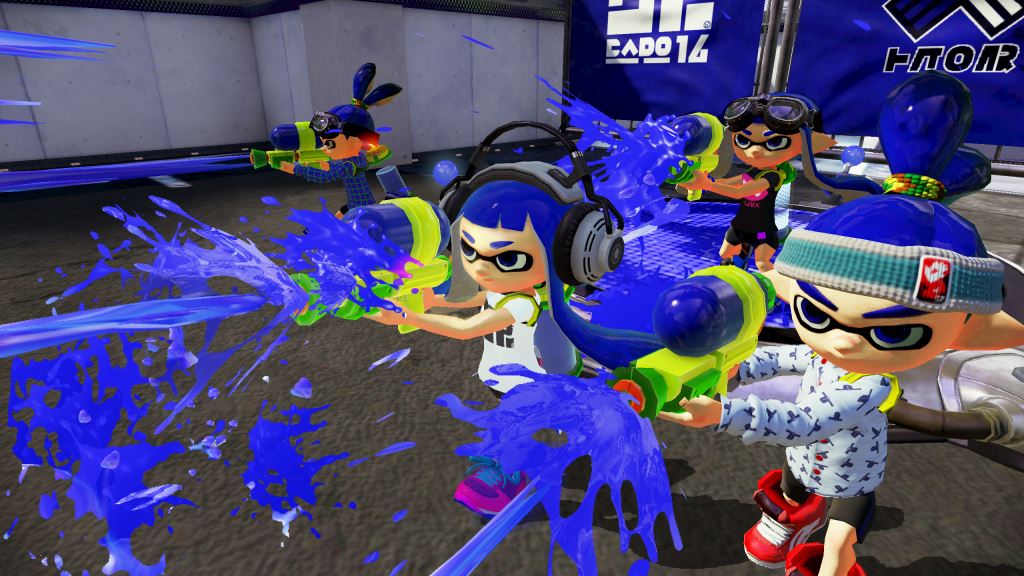 In the newest edition of Edge Magazine, Shigeru Miyamoto is front and center but we also get a look into a new program that Nintendo has established.  This new development program or process Nintendo is calling ‘Garage’.  Likely labeled after the style of development exhibited by smaller ‘garage’ developers, Nintendo is trying something a little new and using smaller teams to develop unique experiences for their hardware.  Here is a quote from Miyamoto from the Edge Magazine feature.

Splatoon and the three prototypes are the first games to emerge from Garage, a new Nintendo development programme set up last year in which developers break off into small teams and work on new ideas. There are increasing numbers of young staff at Nintendo’s development studios these days, and these young guys really want to express themselves. Class time’s over: they gather together and think about new projects completely apart from their everyday business assignments. When all of those projects have advanced to a certain stage, we gather together and exchange opinions on the outcome of each of them, and together we decide which ones should continue. We may have shown several software titles at E3 [that came from Garage], but there are many others in development too.

Based on just this quote it seems like Nintendo is grooming the next generation of Nintendo executives.  Not only encouraging the younger developers to explore what interests them but to also begin taking some control over what is worked on at Nintendo.  Splatoon is one of the first projects from Garage being fully fleshed out into a game to be released on Wii U.  At E3 this year Splatoon got a lot of publicity and seemed to be a fairly successful reveal for Nintendo.  Hopefully future projects from Garage are just as exciting and successful.  It was actually quite refreshing to see such a unique project come from a company who typically stuck close to ‘what worked’ when it came to developing their games.

According to another quote from Edge Magazine’s Miyamoto feature, Splatoon almost ended up as a new Mario game.  While we are sure that a Splatoon Mario game would have sold well, I think that taking the new IP approach was probably a better idea.  Many gamers feel that Nintendo has become stale and doesn’t release new IP.  So the surprising reveal of Splatoon worked in favor of Nintendo and probably wouldn’t have the same impact if it were ‘just another Mario game’.

There were heated debates over who the main player character should be. Whether it should be Mario, or a squid. When we talked about the possibility of it being Mario, of course we could think of the advantages: anybody would be willing to touch it as soon as we announced that we had the new Mario game. But at the same time, we had some worries. If it were Mario, we wouldn’t be able to create any new IP.

Project Giant Robot and Project Guard, two prototypes shown off at E3, were also ideas that came from this new Garage development platform.  As long as Nintendo continues to allow their younger team members play around in the Garage, we will keep seeing the creation of new and interesting games or concepts come from Nintendo.  Hopefully Splatoon won’t be the only new IP and that Nintendo will decide to surprise their fans once again with something out of the ordinary.