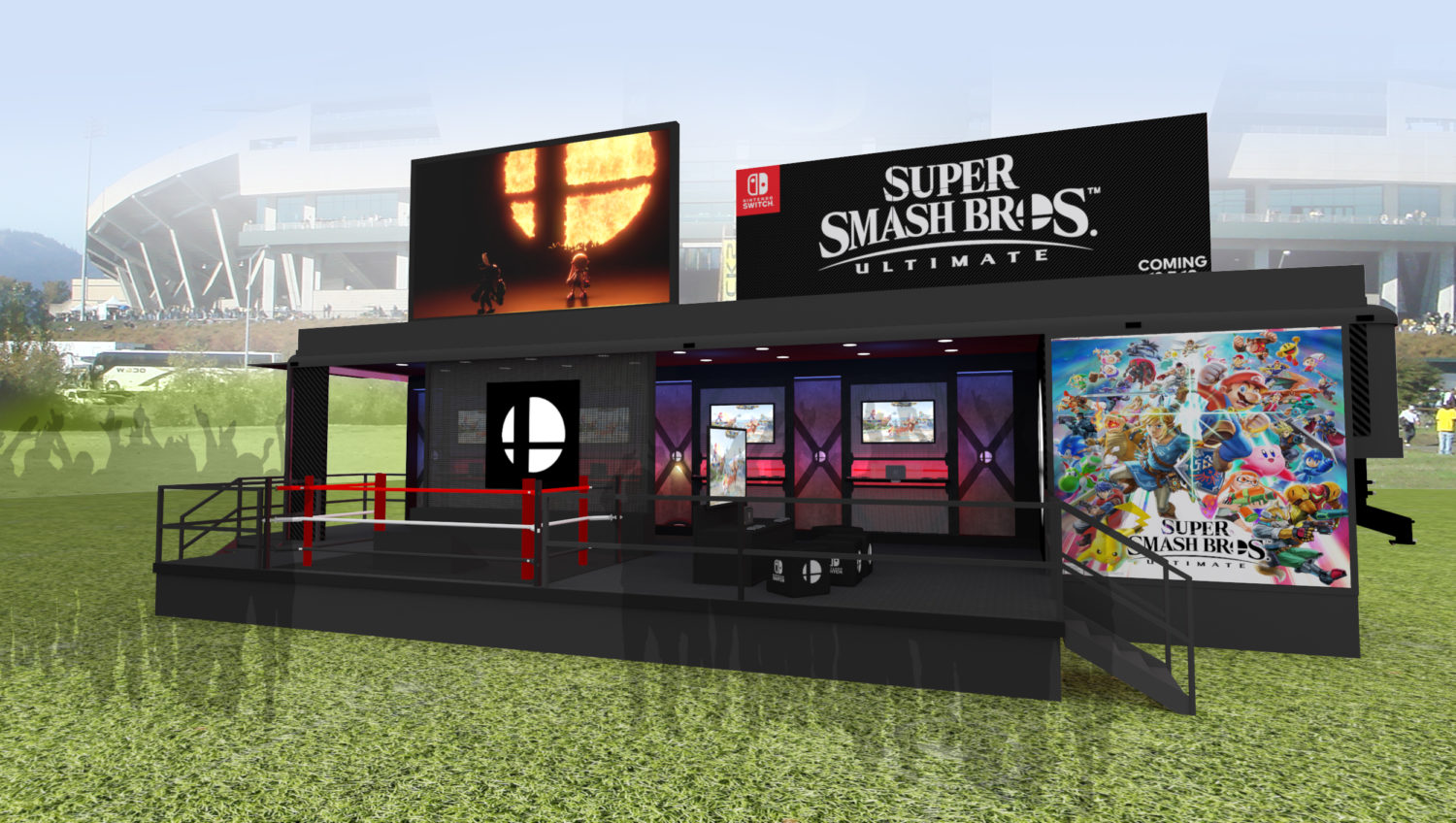 Nintendo is partnering with Wendy’s College Tailgate Tour to bring Super Smash Bros. Ultimate to a series of college football matches over the next few months.

The tour begins this month, kicking off at Stanford on September 22, running all the way up to the launch of the latest Smash instalment on December 7. Fans will be able to get their hands on the new game before heading into the stadium to cheer on their team.

The setup will feature a customized Super Smash Bros. Ultimate-branded trailer, complete with six game stations. The Tailgate Tour will be located at designated areas outside of major college stadiums, providing easy access for fans to play and cheer each other on. There will be multiple competitions and photo ops, with winners taking home some sweet Super Smash Bros Ultimate items. The tour is available to players of all ages, and admission is free.

Super Smash Bros. Ultimate – the latest in the long-running series, and the first on the Switch – will feature more than 70 fighters, 100 stages and 900 music tracks from some of the most well-known video game franchises of all time. The game will hit the Switch on December 7.

Wendy’s College Tailgate Tour will kick off on Sept. 22 at the Stanford @ Oregon game. Will you be joining the tour? Let us know your thoughts below.