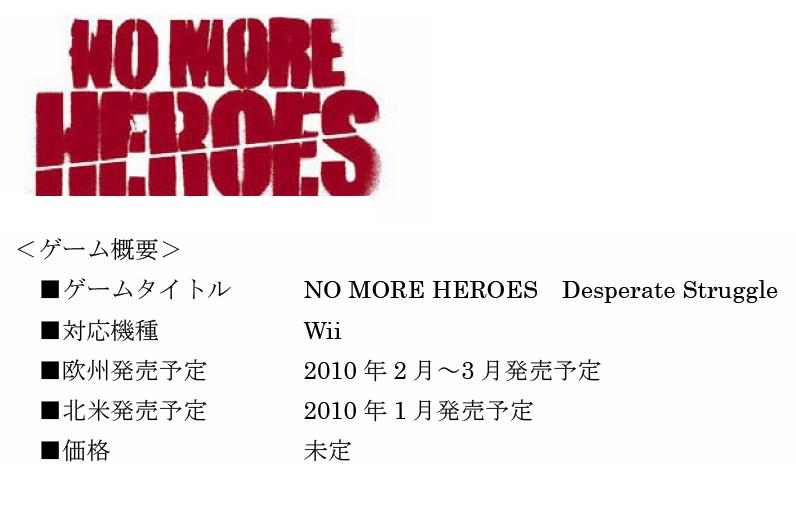 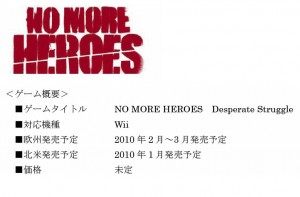 Well, I’ve got good news, and bad news, and better news.  No More Heroes Desperate Struggle is now officially confirmed for the Wii (makes sense), but it looks like we’ll have to wait till 2010 : /

But…even better news, if it comes out in 2010, then there is a very high chance of Wii Motion Plus support!  So to recap: