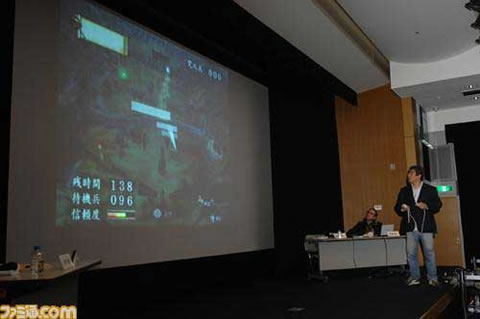 Odama Creator Yoot Saito revealed a prototype of the game running using Wii controls. Instead of using the GameCube’s microphone support, players would use single button controls coupled with remote pointing to control an army.

Sounds interesting with the inclusion of the Wii’s controls.  I haven’t played the Gamecube version, but it kinda sounds cool now that I see the possibilities the Wii offers.