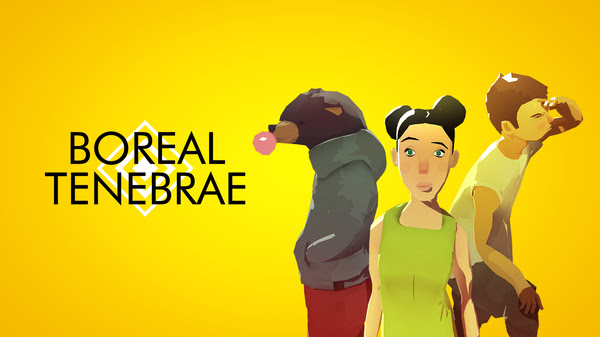 Oh the horror! Boreal Tenebrae brings its darkness to the Switch this April

Oh the horror! Boreal Tenebrae brings its darkness to the Switch this April

RedDeer.games is bringing dark retro adventure Boreal Tenebrae to the Nintendo Switch. The horror game will hit the Switch eShop on April 8.

Boreal Tenebrae presents a surreal story, complete with cartoonish graphics and a synth-wave soundtrack to deepen the atmosphere. Inspired by ’90s horror titles, the story begins in the small town of Dusky Rivers.

When a technological anomaly suddenly appears, it bends reality, absorbing anything in its path – inclduing your sister, Sarah. Your mission is to complete Sarah’s ritual and save her and others through the dark secrets of the slowly decaying town.

You play the role of Sarah’s sister, Bree, along with city residents who must work together to save the town. Each character has a different perspective, with unique insights that combine to help you solve the mystery.

Key features of Boreal Tenebrae include:

You can watch the announcement trailer below to get a feel for the game and see it in action.

If you’ve heard of Boreal Tenebrae, it might be because it was first released on Steam in 2020. It was also nominated for Best Art Direction and Best Narrative at the Canadian Game Awards 2021.

If you’re looking for more to build the hype before the game’s release, the team has put together an animated short to enjoy. The eight-minute video explores the events leading up to the Boreal Tenebrae story.

Are you a fan of retro-horror titles? Let us know your thoughts on Boreal Tenebrae.