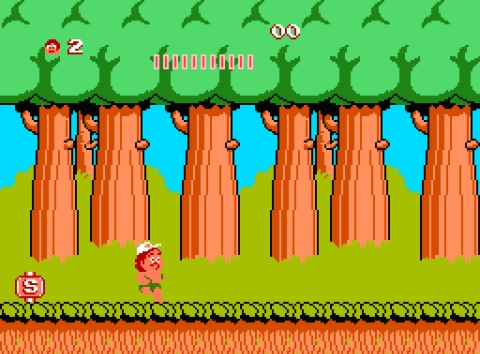 On the Phone: Master Higgins Talks Adventure Island for Wiiware, Balance Board talk

Hey everyone!   Last night I got the opportunity to be a part of a conference call with Master Higgins (Toshiyuki Takahashi) of Adventure Island fame.  The meeting was a great chance to dialog with him about upcoming games from Hudson for the Wii and Wiiware.

He spoke at length about casual vs. hardcore gamers, and discussed the balance between gameplay and graphics.  He feels that the Wii does a lot of things very well, but that developers have a greater responsibility in their design.  When asked about utilizing the Wiimote for an Adventure Island game, he mentioned that he didn’t want to “force” motion controls on a game.  The controls need to complement the game, and shouldn’t be tacked on.  He also mentioned his love of Kororinpa for the Wii, and felt the game utilized the Wii controls very well for a fun experience.

Some of the bigger news from the call, was the mention of a new Adventure Island game being developed by Hudson for Wiiware.  No word on whether we would see the title at E3, but they mentioned they are having to wait in a “landing pattern” for Wiiware releases.  Nintendo is apparently regulating Wiiware releases more so than Virtual Console games (could this have to do with space issues???  I think so)

I also got to ask him about the Wii’s balance board.  They couldn’t say much, but they are definitely looking into the balance board very seriously for an action/puzzle game.

There was also a lot of discussion about Master Higgins’ famous caravan tours around Japan.  Although this was his first trip to America in 20 years, Master Higgins mentioned the possibility of a small American tour at some point.  Better brush up on your Star Soldier skills for that road tournament!

Be sure to check back this weekend for this week’s podcast!  We will discuss the interview a little more in depth and also provide some sound from the actual call : )  So stay tuned for that!