If you prefer your shooters intense, challenging and fast-paced, Manufacture 43 has just the game for you. Pawarumi, which they describe as “rock-paper-scissors with lasers,” will bring its 3D world and unique gameplay aspects to the Nintendo Switch on July 24th.

Set in a futuristic, pre-Columbian-inpsired uuniverse, Pawarumi gives the player only one life and a shield that loses 1/3 of its strength with each hit. With no power boosts or extras to help, pilots must counter this with a mechanic called the Trinity.

The three basic weapons are controlled by coloured divinities – Condor (laser) is blue, Serpent (Gatling gun) is green and Jaguar (missiles) is red. Enemies you face are powered by the same divinities, and by targeting with the same as them, or different colour, you trigger one of the three bonuses of the Trinity – Boost, Drain or Crush. But be warned, there are both positive and negative consequences.

Shooting with a weapon of a different colour than the enemy will either Drain or Crush. Drain transform enemies’ pain into energy that charges Super Attack. Crush multiplies the damage you deal to enemies by a factor of 1.5. 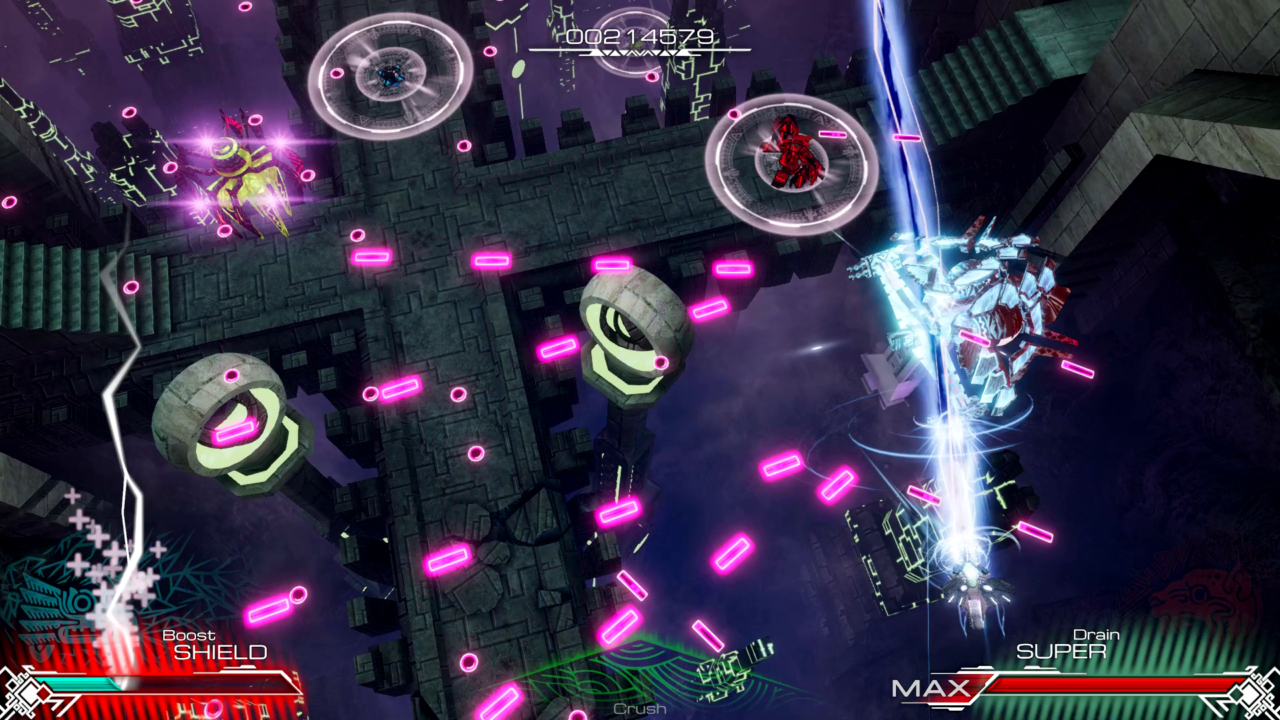 In addition, the Nintendo Switch version of Pawarumi features the “Joyful Ship.” When enabled, the game recognises the color of the Joy-Con being used and colors the player’s ship accordingly.

Pawarumi is available now for pre-order for $14.99. For more information, visit pawarumi.com.