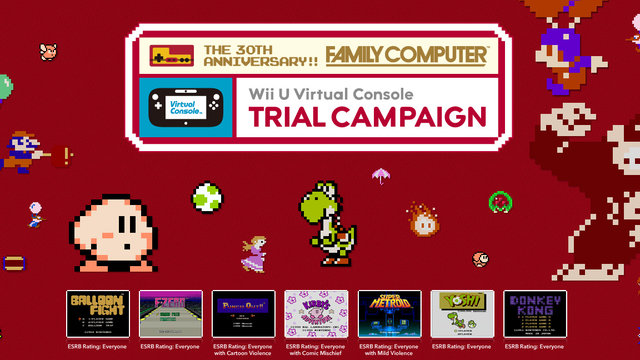 Pick up Balloon Fight at the Wii U eShop for only 30 cents while it lasts because starting tomorrow F-Zero SNES will become available at the same low price of 30 cents.  These insanely low prices for classic games are a result of Nintendo’s Wii U Virtual Console Trial Campaign, which was announced in January, that is celebrating the 30th anniversary of the Family Computer.  Nintendo is essentially giving away 7 different classic titles for only a 30 day period for each game.  After the 30 day period is up, the titles will only become available again once the Wii U Virtual Console service launches and will be offered at the regular price of $4.99 – $5.99 for NES games and $7.99 – $8.99 for SNES games.  These Virtual Console Trial Campaign games are not demos or trial versions but a permanent purchase of a Nintendo Classic for only 30 cents!  Head to the Wii U eShop and pick up Balloon Fight before February 21st and do not forget to download F-Zero tomorrow when it becomes available.  Below you can find the release schedule for all of the games that Nintendo will be offering during their 30th Anniversary Family Computer Wii U Virtual Console Trial Campaign. 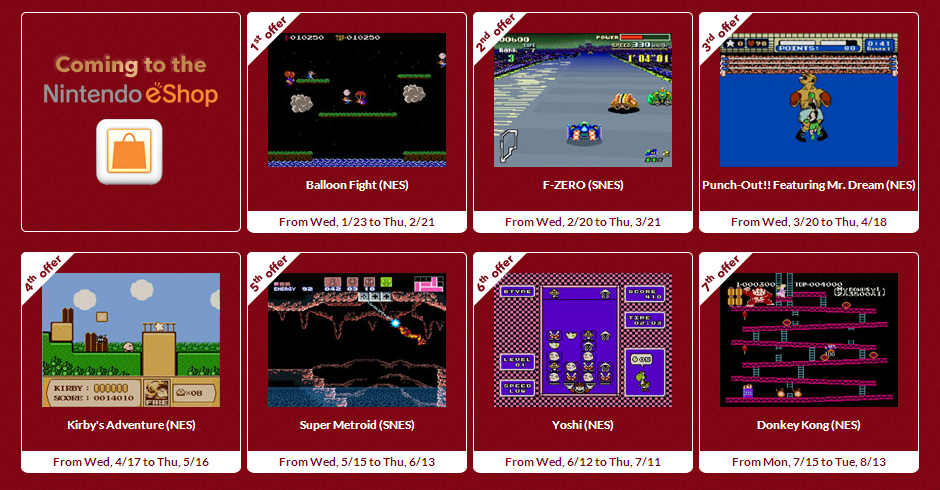