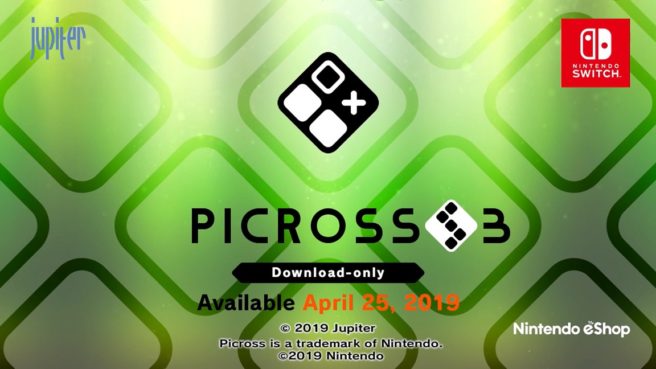 Jupiter announced today that Picross S3 is joining the Nintendo Switch lineup of Eshop games, next week on April 25th.

Picross S3 has Color Picross (Picross S series). But it will also include standard Picross and Mega Picross. That’s not all though, as Jupiter is also adding in 150 Clip Picross piece puzzles.

Have you played a Picross game before? Are you excited for Picross S3 on Nintendo Switch? We’d love to know in the comments section!