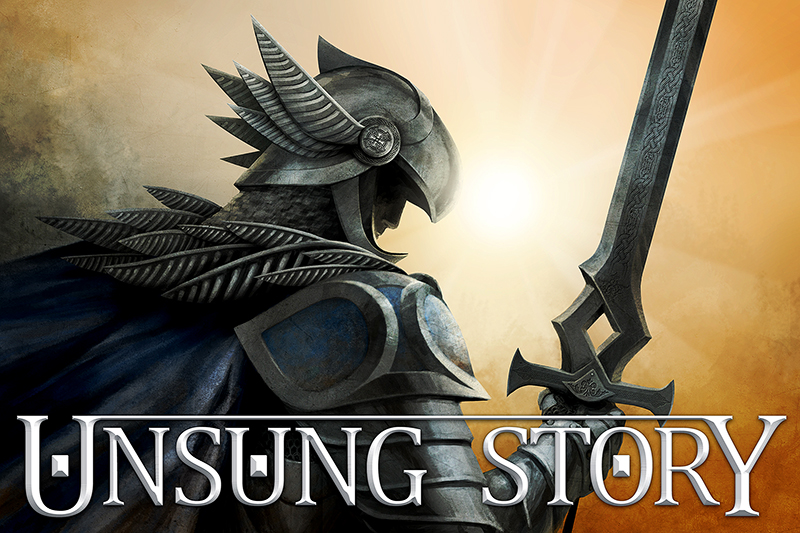 Developer PlayDek has launched a Kickstarter campaign with a pretty lofty goal of $600,000 but the campaign for the game, Unsung Story: Tale of the Guardians, has a good shot at success with some of the folks that are working with PlayDek.

In addition to the launch of the Unsung Story Kickstarter, PlayDeck has included a 3DS stretch goal in funding campaign.  With the stretch goal set at $2 million, Unsung Story will need a ton of support if anyone expects to see the game release on 3DS.  Check out the video PlayDek put together for the Unsing Story: Tale of the Guardians Kickstarter and more information about the game, below from the PlayDek website.  Support PlayDek and find out more details about Unsung Story at the Kickstarter page.

Playdek and Yasumi Matsuno are proud to announce Unsung Story

Unsung Story introduces players to the medieval fantasy world of Rasfalia where knights, wizards, archers and magical creatures roam a lush landscape that holds the secret stories of more than half a century of bloody war. Players discover and relive the hidden tales of heroic deeds and uncover the sources of legends.

Famous for designing the classic games Final Fantasy® Tactics, Vagrant Story® and Final Fantasy® XII, Matsuno is known for creating vibrant and immersive worlds and intense, tactical game play. His design of the original story, characters and game world of Unsung Story form the basis of a new collection of original content developed for a variety of digital devices.

“I’m pleased to be creating this amazing world and rich story exclusively for Playdek,” said Yasumi Matsuno. “It’s exciting to develop my vision with the leading company of the genre. I look forward to bringing this new world to life and reaching a new audience of avid gamers.”

Playdek and Yasumi Matsuno are proud to announce Unsung Story: Tale of the Guardians, a tactics game designed entirely by Mr. Matsuno and developed by Playdek.

The first property based on Matsuno’s visionary world will be co-designed by renowned French board game designer Christophe Boelinger, which will be released in 2014. The game introduces the world of Rasfalia in an exciting digital card game played online. The game pits two players against each other in a fast-paced and engaging struggle. Featuring innovative new game play mechanics, the card game will appeal to a wide variety of players through the immersive, strategic game play Boelinger is known for.

Both games will be supported by Playdek’s award-winning features and the company’s new community, launching before the end of the year, and will offer online and offline play.