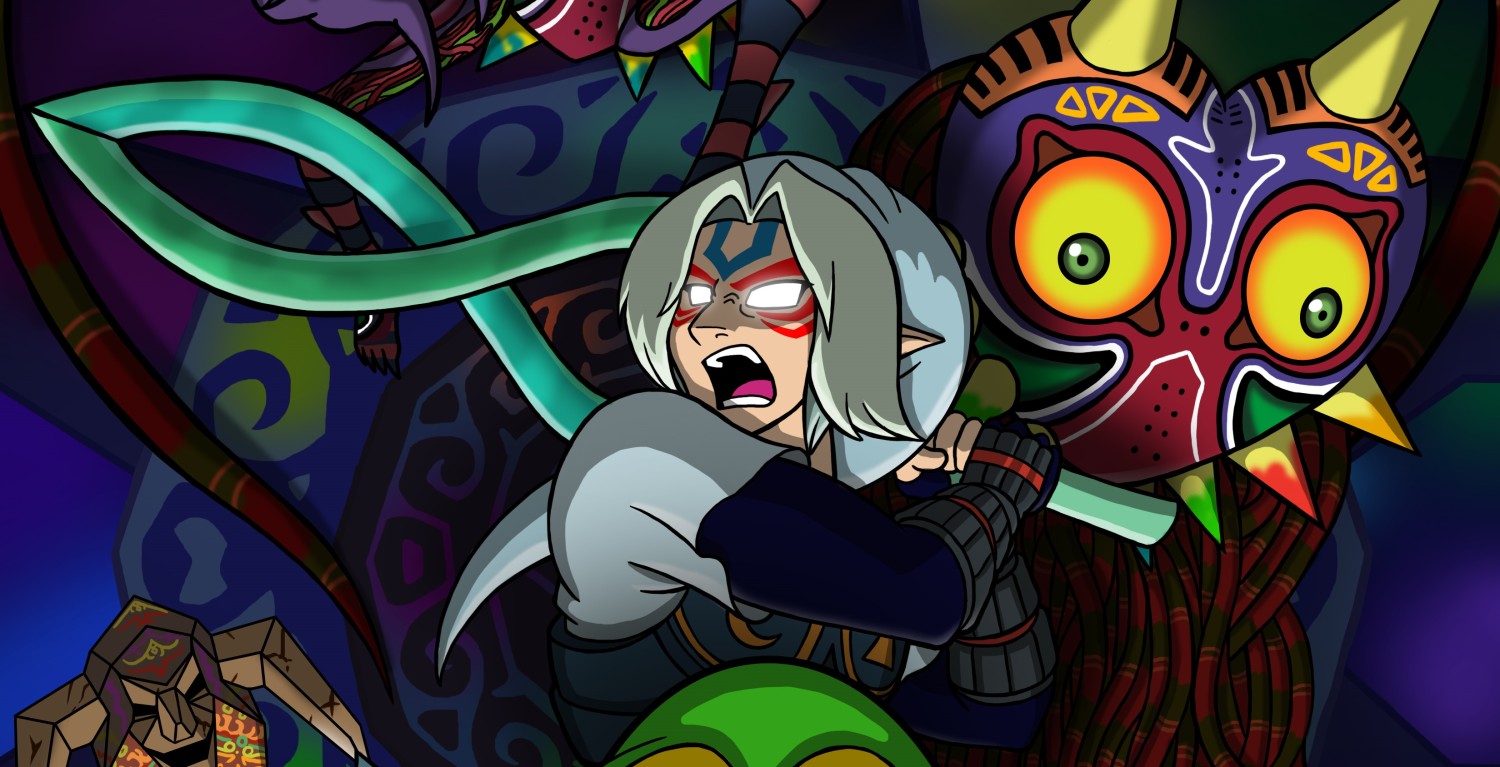 This weeks Pure Nintendo Featured Artist is the very, awesomely talented Kellan Mashall. Checkout some of his amazing artwork below! Details as to where you can contact Kellan or get a commission are in the interview below as well. Be sure to tell us what you think, and enjoy! 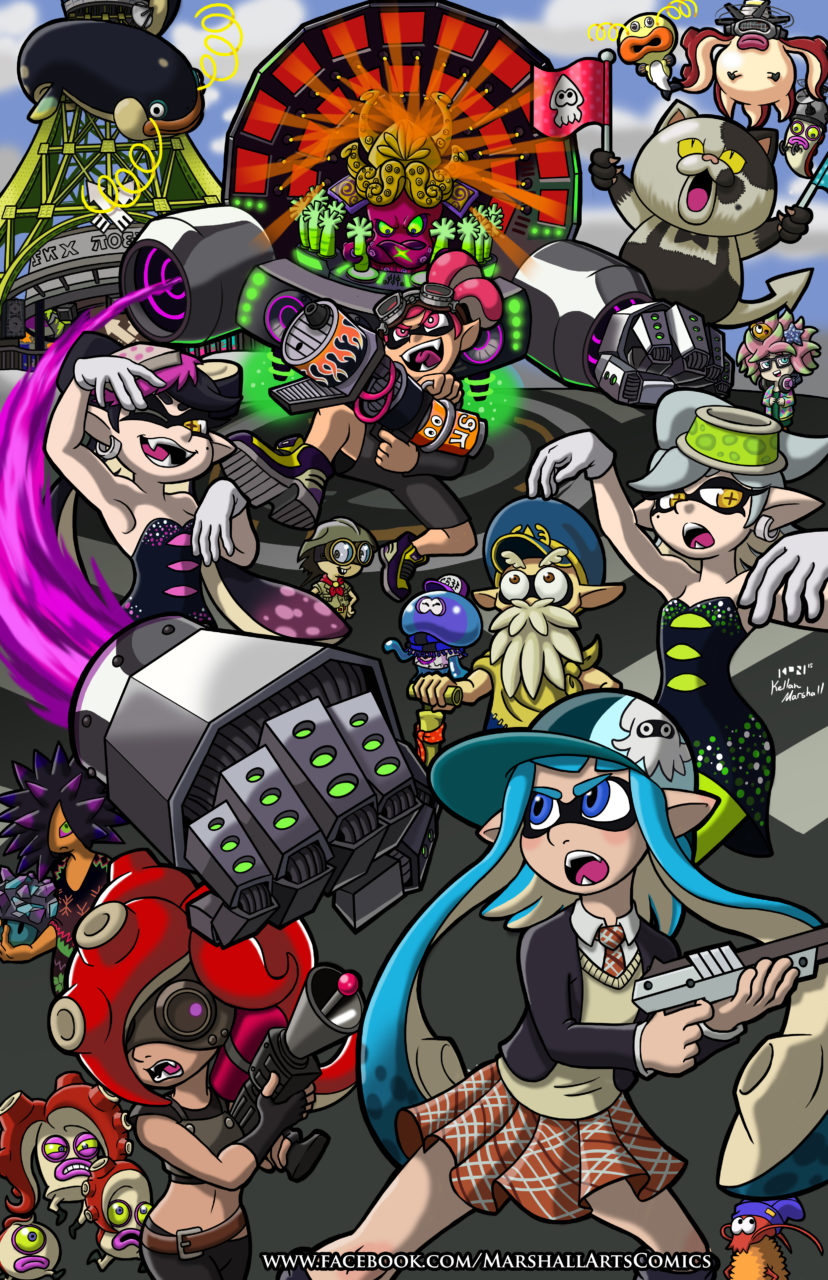 KD: Hi Kellan! Please tell our readers a little bit about yourself and what you do.

KM: Hey Kaelyn, first off thank you for giving me this opportunity.  I’m primarily a graphic artist, though I’m also a sculpture artist, comic writer, tattoo and heavy metal enthusiast, and avid video game nerd.  Although I think nerd probably stands out more than anything, haha.
I’ve been drawing since I was old enough to hold a pencil.  My parents bought me a NES when I was very young, and in those days Nintendo used to put a lot of work into the artwork in the instruction manuals included with their games.  Back in those days they used to include special art for all of their games’ enemies, and I remember those character designs really stuck with me as a child.  Something about their very professional, recognizable, stylized appearances really inspired me to start drawing – moreso than any Disney or Warner Bros. cartoons ever did.  This inspiration was only multiplied when Pokemon was released in the 90’s, as suddenly there were hundreds of these kinds of characters, and the focus of those games was based around their unique and individual designs. I’ve carried this inspiration over into the artstyle for my fanart and original works. 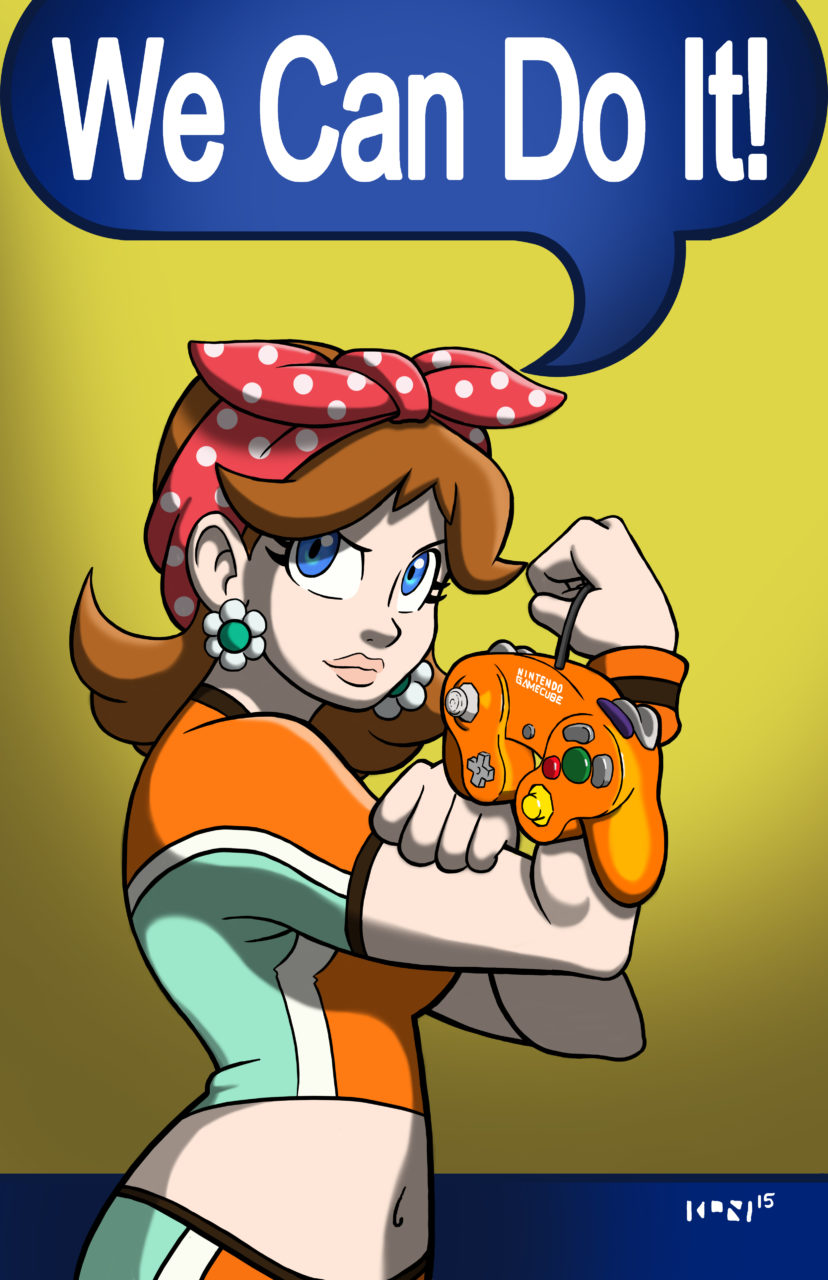 KD: I have to say, I’m a big fan of your art style. What’s your process when creating a piece? Are there any drawing programs you would recommend for other artists out there?

KM: Thank you!  My art style is very much a work-in-progress, but I’ll tell you my current process.  I spent a couple years in my late twenties apprenticing to be a tattoo artist, and it taught me a lot about composing a piece, filling empty space with content, and really putting a lot of attention and patience to the finer details.  When I draw, I map it out in blue pencil on stencil paper in the way I would a tattoo, taking the foreground and background into effect and really trying to optimize all the space I can.  Then I usually ink over it in a warm color, tightening all the sketches into defined lines.  I scan the piece and open it up in Photoshop to work on the lines.  I then go back over the linework and bold the outlines of each individual character, adding some depth and space.  Then I finish off the coloring and shading in Paint Tool Sai.  I would strongly recommend either of those programs to other artists, though Photoshop can be fairly pricey, so keep that in mind. 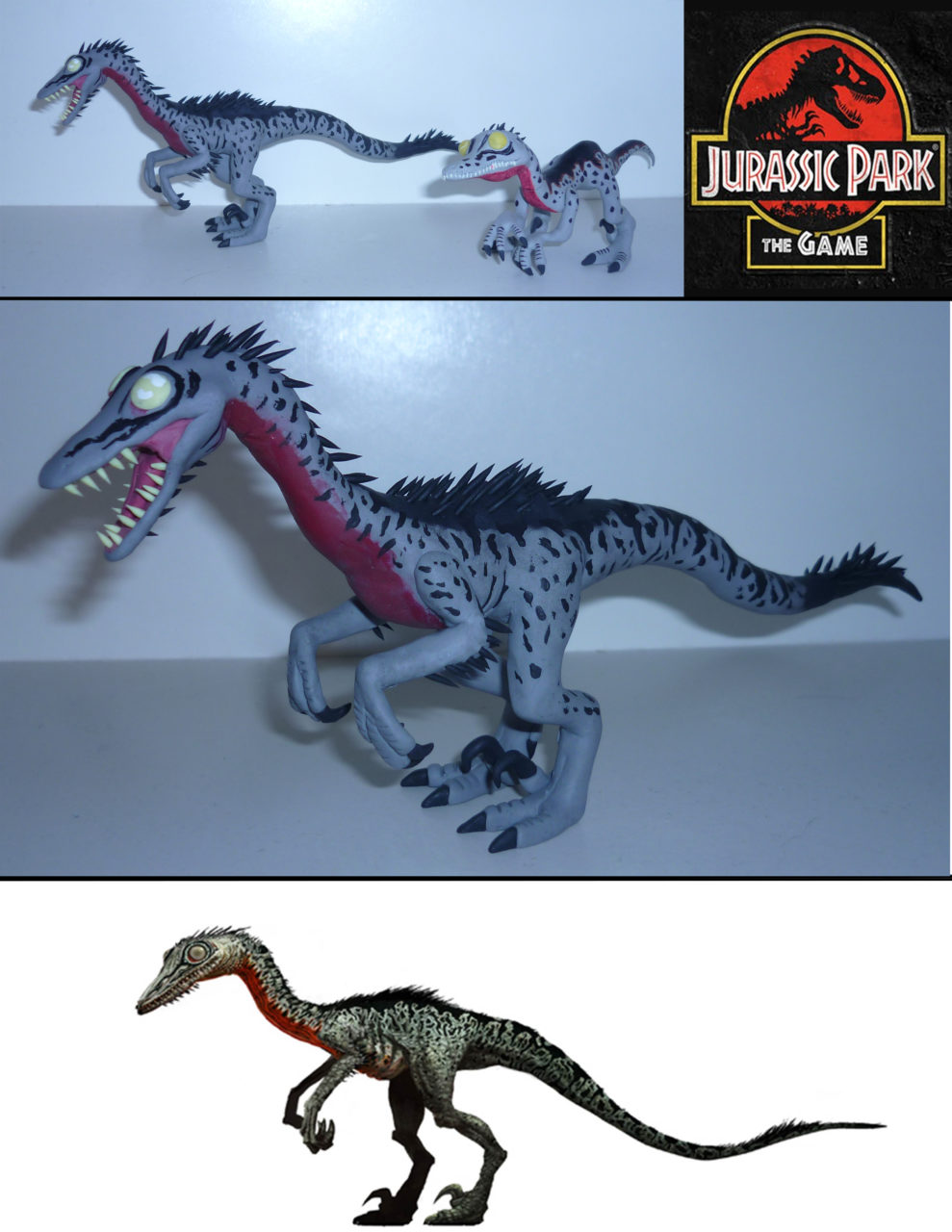 KD: What’s your favorite Nintendo game or series, why?

KM: My favorite Nintendo series would be a draw between Mother, Donkey Kong Country and Pokemon.  Mother’s quirky modern themes have definitely inspired much of the story writing in my comic BallBots, and Donkey Kong Country actually inspired me as a young child to sculpt.  For those who may not know, Donkey Kong Country pioneered bringing CGI into the mainstream of video games.  The character models in their instruction manuals and sprites were 3D, but back then I used to look at them and think they must have be modelled from clay.  And so I got into sculpting little nintendo characters out of playdoh.  And admittedly I got pretty damn good at it, to the point where I remember my mother sent some photos to Hasbro, and they sent me a massive case of free play doh.  Hahaha.  I still sculpt these days, but very rarely.  Maybe once a year I’ll sit down and whip up a model.
As for Pokemon, when it came out it floored me.  It was right up my alley.  The focus of those games was entirely on the character design, and I loved it.  The Pokemon series inspired me in the character designs and overall premise of my webcomic, which is essentially a huge love letter to Pokemon and Nintendo in general. 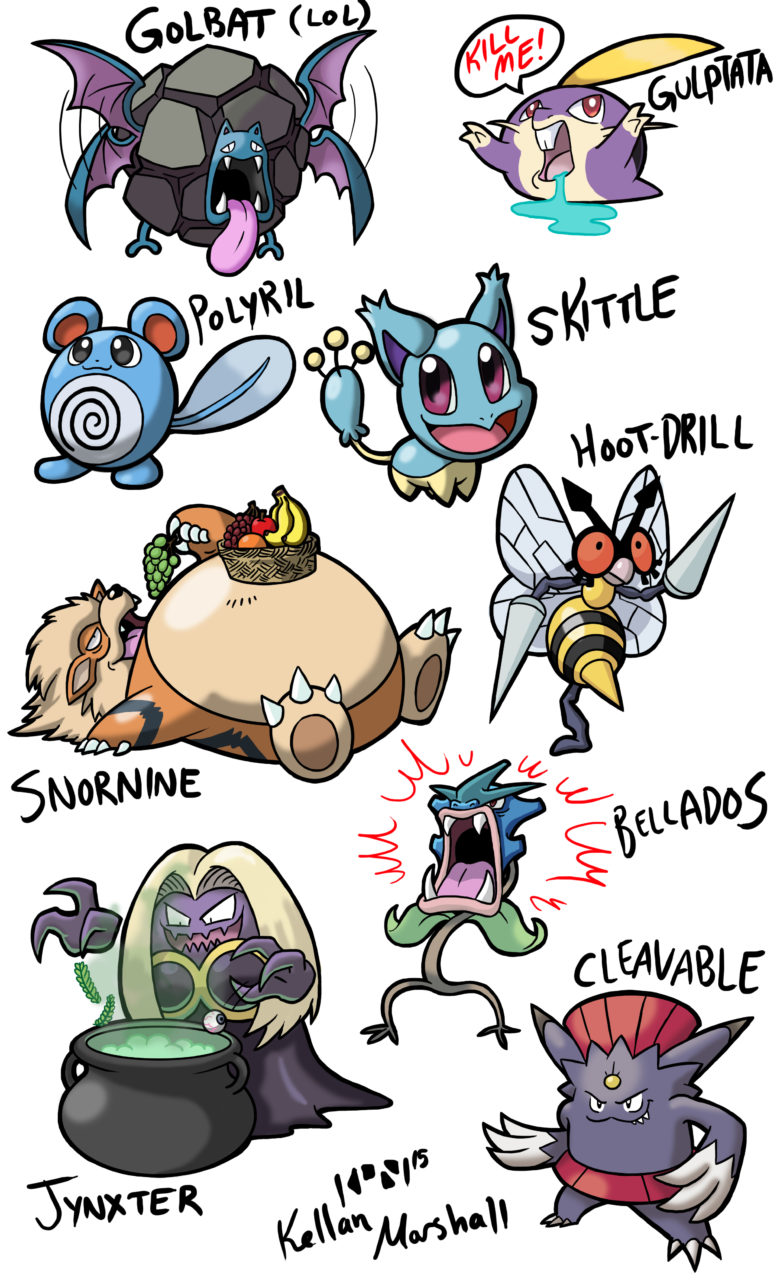 KD: Do you have a favorite piece that you’ve done or one that stands out for you more than the others?

KM: My Splatoon piece is currently my favorite piece.  Not only do I love that game, but drawing it helped me realize how much I love making massive collage-styled tributes to my favorite games and idols.  Another of my favorites would be the first Five Nights At Freddy’s piece I did, which originally was supposed to be a tattoo design. 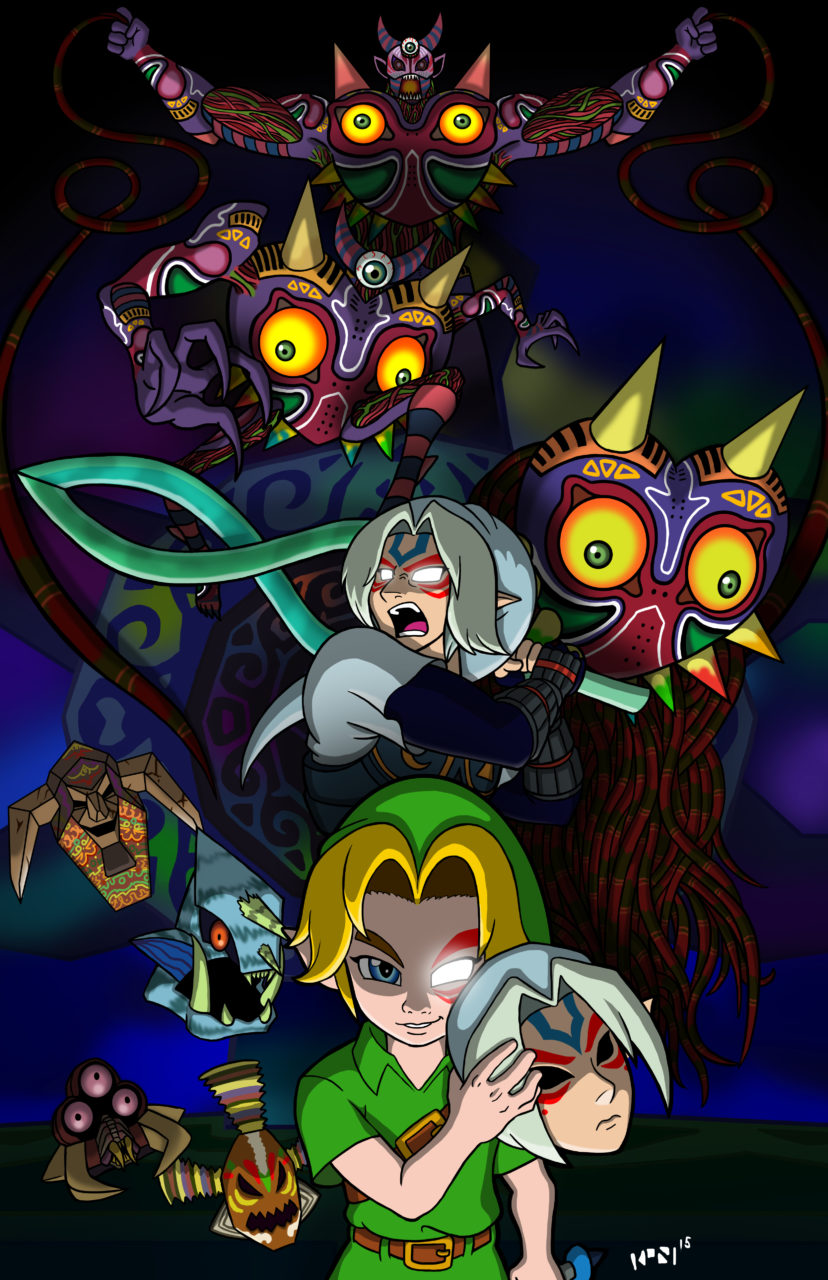 KD: Tell us about your web comic BALLBOTS (Which looks pretty awesome by the way). How did you get started on that?

KM: The origin of BallBots goes back to my days in high school when I used to draw my friends and I in crazy situations, accompanied by small robot companions inspired by Pokemon.  But back then these comics were filled with inside jokes that only people in my friend group would understand.  Eventually, when I became an adult, I realized that some of these robot designs were gold, and decided to reboot the series into something I could actually run with.  What it wound up becoming was an homage to Pokemon, 90’s cartoons and Heavy Metal, but with mature subject matter.  The comic takes place in a small town in northern Canada, where a massive multi-billion dollar corporation is attempting to test it’s idea for a Robot Fighting League in isolation.  However, things don’t exactly go as planned as the adorable little robots get loose and wreak havoc, and the dark past of the corporation creeps back up to bite them.  Primarily the comic is fairly comedic, but it’s ongoing storyline gets much darker and deeper as it goes along, and it can shift gears from light-hearted and often crude jokes to fairly deep and dramatic fairly quickly.
A rough draft of the comic’s first chapter is online, however it is quite a few years old and I plan to actually redo the entire series in a much more professional layout in the near future.  You can check it out here, though be warned, you’ll notice instantly that it has very strong language, and is definitely rated 17+. http://ballbots.myriadrealities.com/?webcomic_post=ballbots 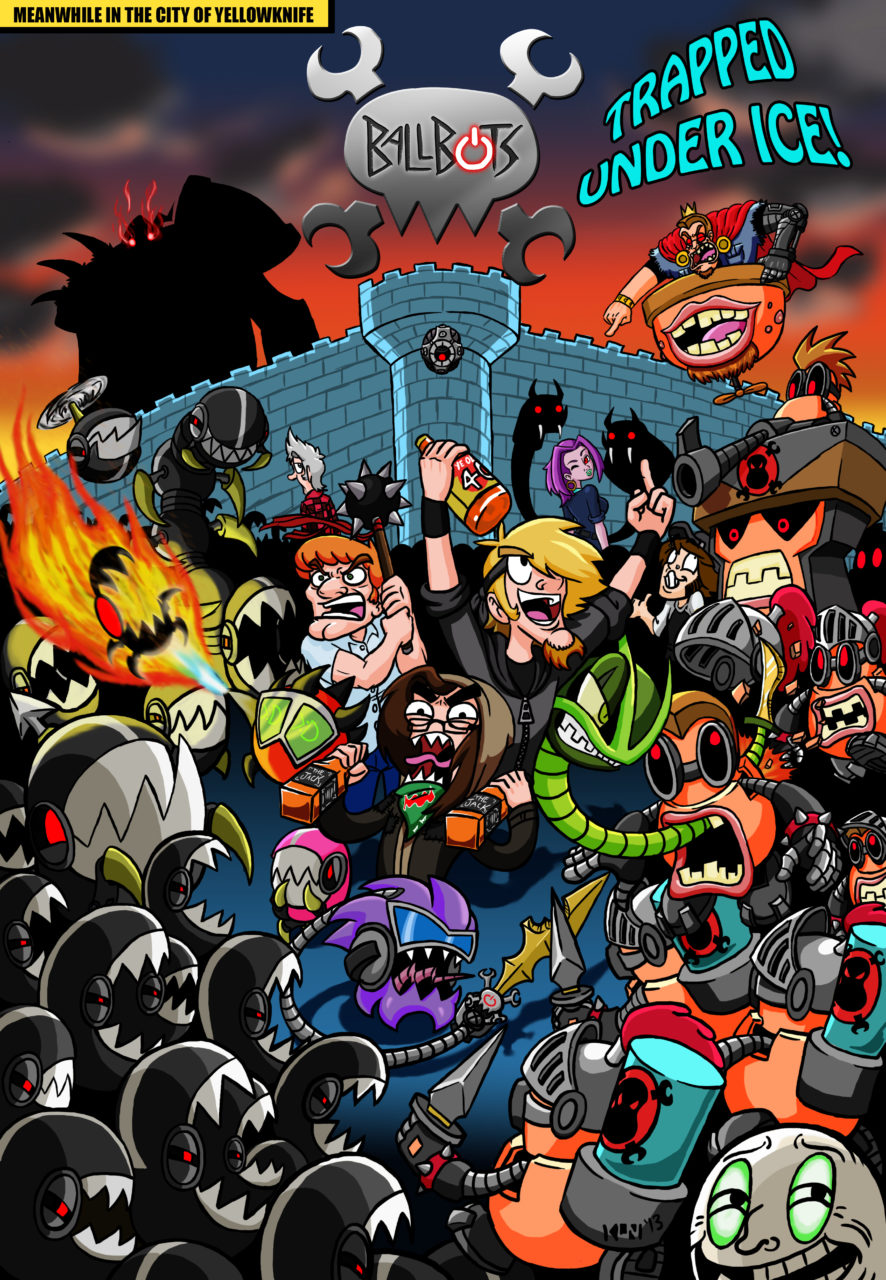 KD: Have you ever been involved in any collaborations or group projects?

KM: Yes, actually!  BallBots itself was a co-operative effort of several artists, primarily my close friends Super-Dave Thomason and Jeph LeDrew (TopSpintheFuzzy).  Also, I had the pleasure of being involved in the creation of a Game Grumps animation last year that got fairly big.  I conducted the storyboard and backgrounds for TopSpintheFuzzy’s animation titled “On The Wall.”  Keep in mind, for anybody who wishes to check it out, the language is fairly strong.
https://www.youtube.com/watch?v=RqZ1LI7Or2k 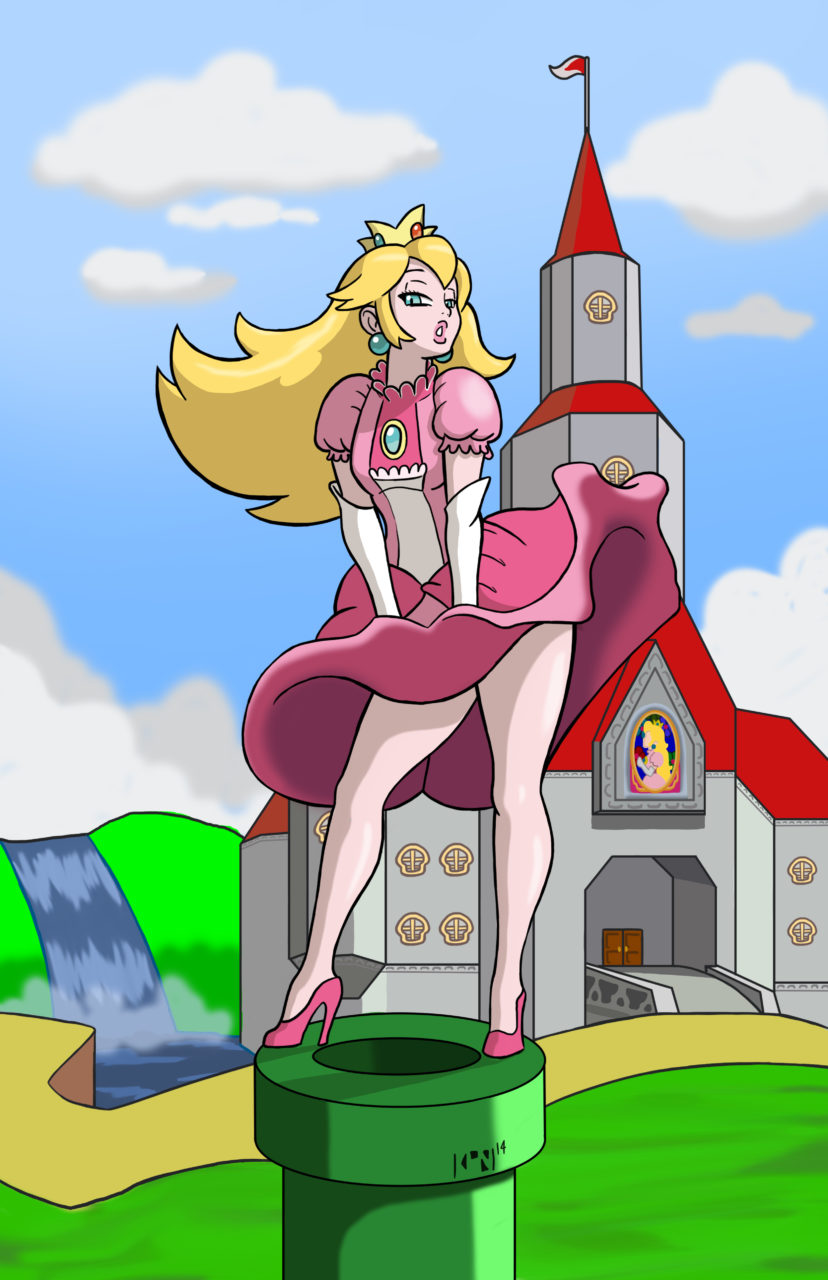 KD: Are there any upcoming projects/pieces you’re working on that you’d like to tell us about?

KM: Currently I have many more video game themed tribute pieces I’m planning to do, but I’m also really craving to get in on the animation scene.  I have big dreams of animating BallBots some day, but in the meantime I’d like to start by animating some of my favorite segments from a couple Let’s Players I follow and see where it goes from there.  I have all the software I’ll need, all I need to do is take the plunge and leap over all the barriers of anxiety that seem to come with taking new paths in life.  But I’m certain that once I get that ball rolling, It’ll be impossible to stop. 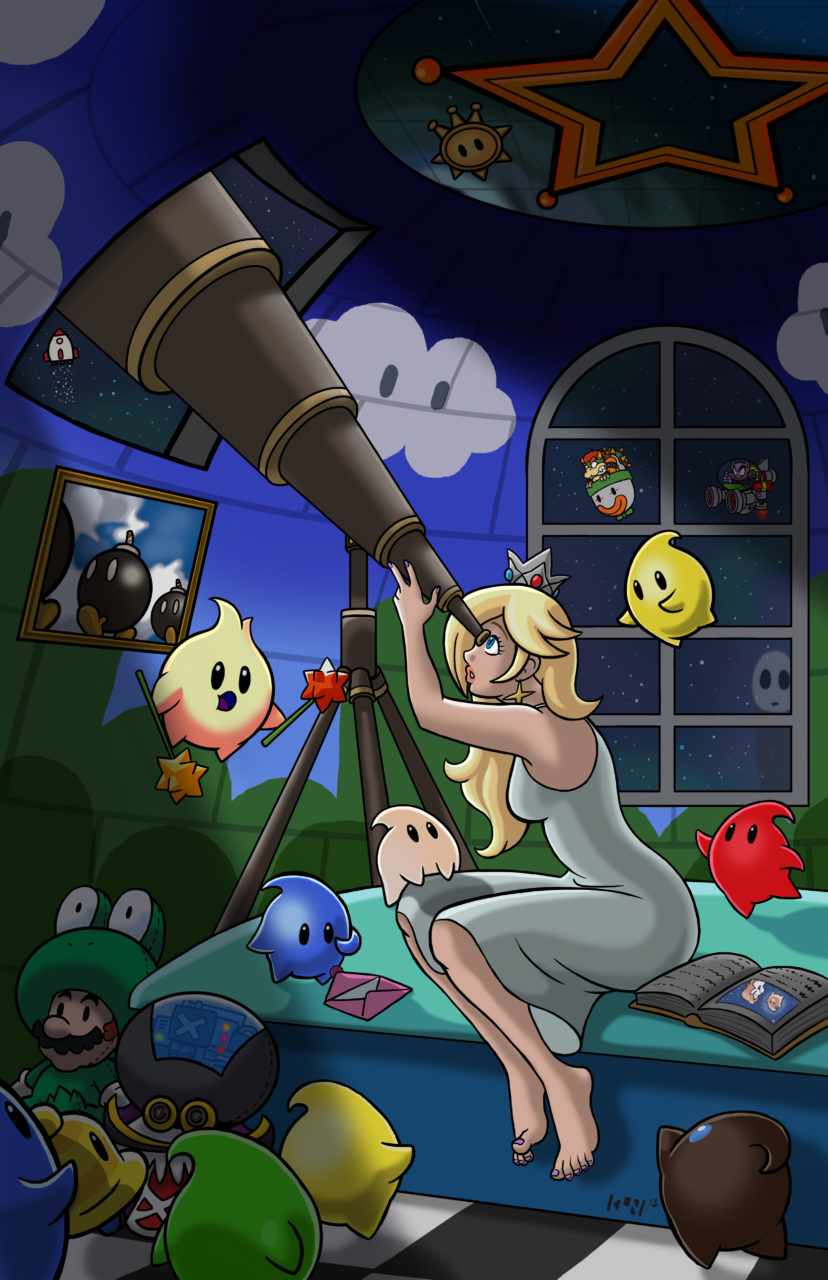 KD: Thanks so much for showing us some of your awesome artwork Kellan! Where can our readers go to checkout more of your art or ask about commissions?

KM: Thank you again for this opportunity!  If anybody would like to check out more of my artwork, they can check out my social media via the links below.  And I do take commissions, so if anybody would like to inquire me about that they can contact me on Twitter or Facebook.
www.facebook.com/MarshallArtsComics
www.ballbots.tumblr.com
www.twitter.com/BallBots
www.marshall-arts-comics.deviantart.com 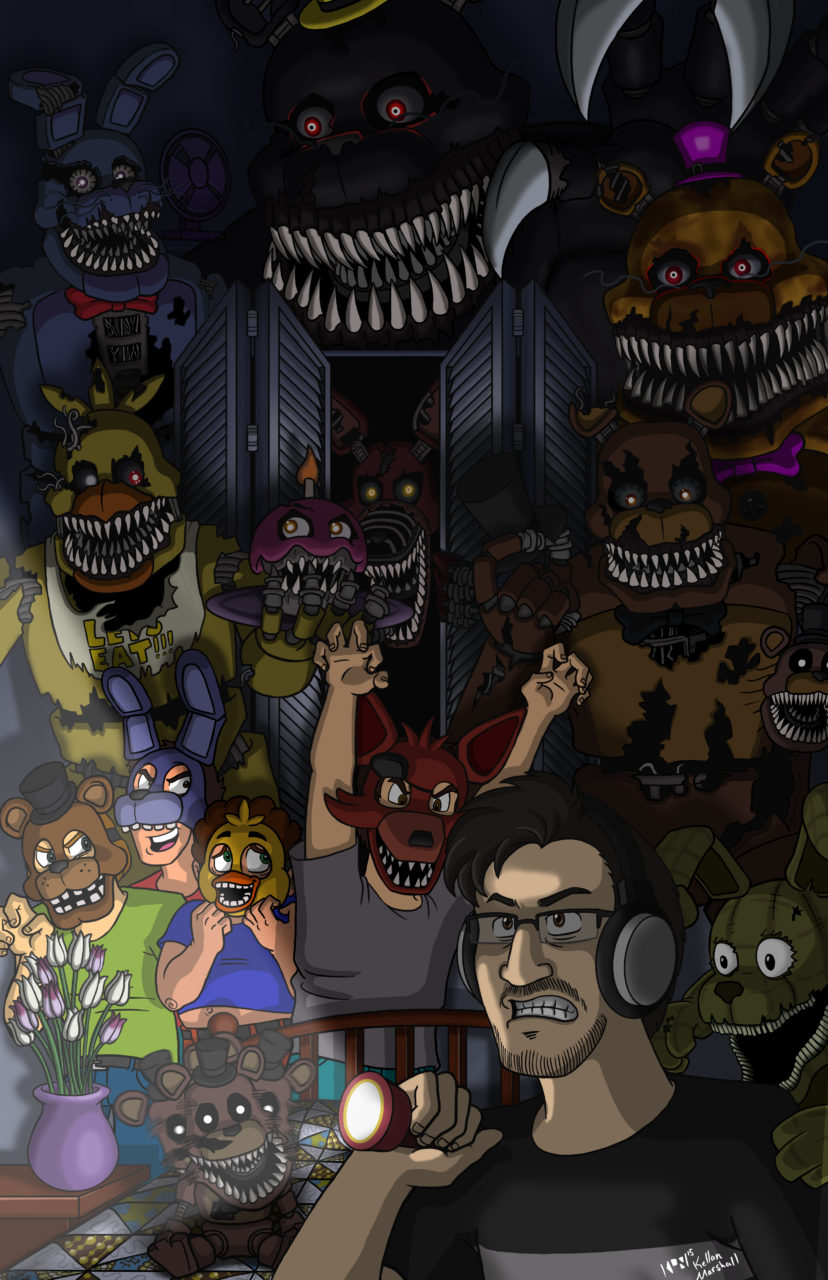 ‘The Hero that Horror Deserves’ (FNAF4) By Kellan Marshall

Any artist interested in having their artwork on PureNintendo.com or in PNM can contact me at Kaelyn@purenintendo.com. Submit fan art, sculptures, baked goods, comics, etc. If the theme is ‘Nintendo’ we want to see it! You could be the next Pure Nintendo featured artist! Also to see artwork from artists featured in our magazine, PNM, please head to PureNintendo.com/magazine to subscribe! Thanks for reading.